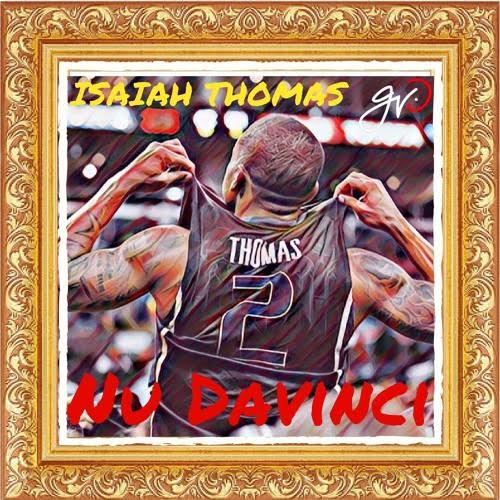 Alex Hatzey is an emerging rapper who goes by the name Nu Davinci, because his words are a paintbrush and every day is the canvas. His genre of music can best be described as “Trap Hippie” — a combination of the hustle of those surrounded by poverty with the happiness of those who believe anything is possible.
Growing up in Dallas, TX and Seattle, WA as the firstborn son of refugee parents from the small war-torn country of Eritrea, Nu Davinci learned to fend and provide for himself at a young age. His musical ingenuity was born from his creativity in day-to-day life needed to survive, and ultimately, thrive. He uses his music to tell the experiences and emotions of a guy who, despite all the obstacles surrounding him, was always able to make life a party and emerge smiling and successful.
Nu Davinci’s animated voice, clever lyrics, and high energy paint pictures that come to life; inspired by greats such as Jay-Z and Lil Wayne, wordplay is a staple in Nu Davinci’s music. Uptempo production cater to his vibe and boosts the liveliness behind the words he has practiced crafting since he was 14. His new single “Isaiah Thomas” is a jumping club record about the current All-NBA Boston Celtics player by the same name.  One day he randomly found the pen Drake had used to sign an autograph for him years ago while cleaning his room. SoundCloud beats were playing and one called “Isaiah Thomas” came on. A huge NBA fan it immediately inspired the idea of the track, and he just sat down and wrote the song about his college classmate Isaiah Thomas.
He’s since been writing at a torrid pace, his inspiration unlocked. He’s recorded dozens of songs and reference tracks in just weeks. Nu Davinci’s follow up single “Puget Sound” is another fast-paced club track, filled with blazing sirens and car shaking bass that is impossible not to bounce to. “Good Vibes Only” is New Davinci’s motto and his music leaves listeners wanting more. He is currently working on an EP titled “Something 4 Everybody” scheduled for release Q4 2017.  visit GVOcrew.com to keep up with the movement!