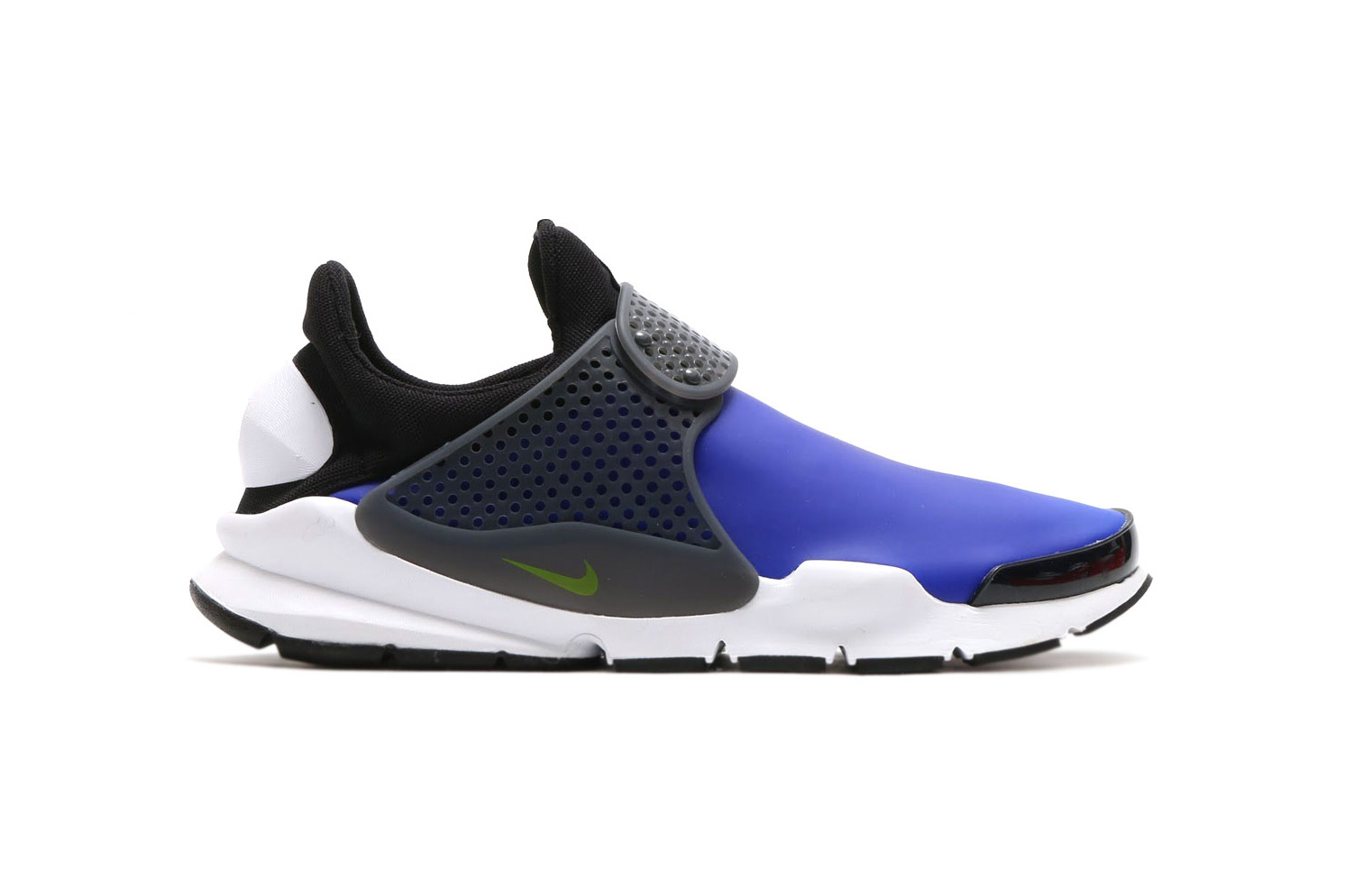 In “Max Orange” and “Paramount Blue.”

Nike may have gone the understated route with its first rendition of the water-repellant Sock Dart SE, but the Swoosh is taking a decidedly different approach with the silhouette’s next two drops. Whereas the first special edition release came in black and white, these two versions don bold “Max Orange” and “Paramount Blue” hues to stand out from the crowd. Like its predecessor, these are highlighted by a weatherproof synthetic overlay and, in this case, sport “Wolf Grey” and black accents, respectively. The “Paramount Blue” pair also boasts a dash of “Electrolime” for good measure while white midsoles and black rubber outsoles complete both packages. 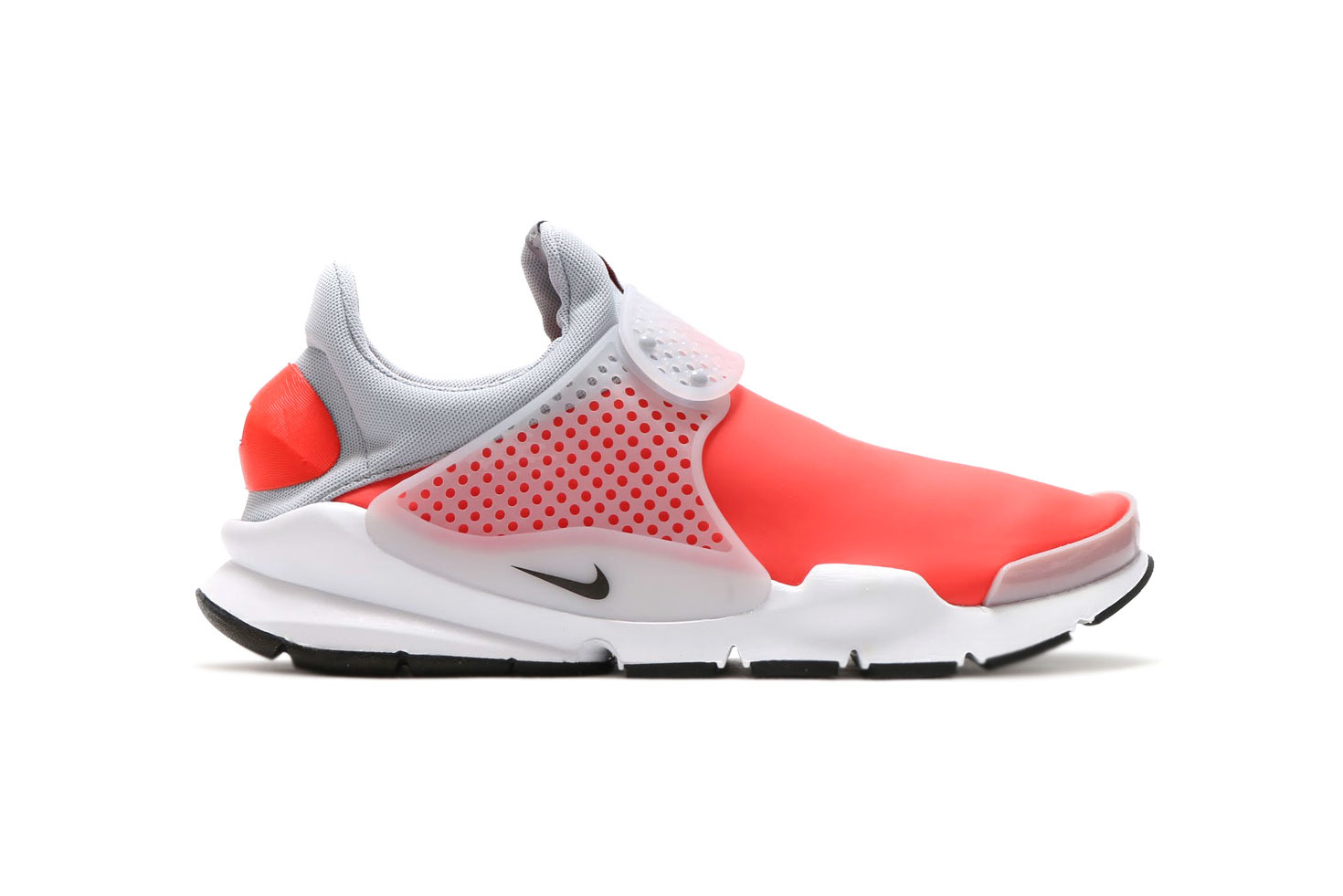