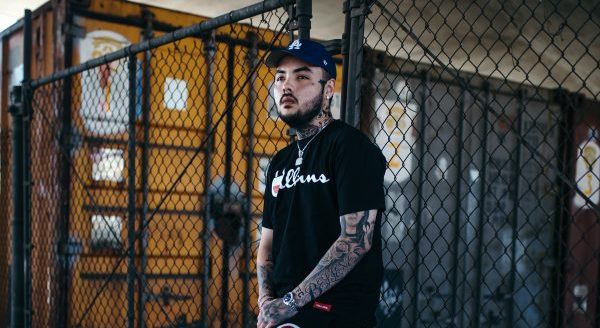 “Push hard, never give up, put your family on and always give back.”

October 17, 2019 (Los Angeles, CA) – When you think of good music to match good times and good vibes, thoughts of nostalgia from the 90’s and early 2000’s might come to mind. While it might get a little boring listening to the same old songs every day, don’t worry because South Los Angeles-born and raised independent artist on the rise, Nick Beezy has got you covered with fresh new sounds and perspective.

Growing up in the struggle and finding refuge in music, the Southern California native has been able to carve out a lane all his own, linking with some of the music industry’s top players, as well as putting out work with producers like CookThatShitUpQuay, The Martianz, CashmoneyAP and Supah Mario. Dynamic, hard-working and ambitious in every sense of the word, Nick Beezy‘s music pack plenty of vibes and as much passion and resilience as his spirit.

With Nick Beezy it’s not all about the money, the clothes, the cars or even the women, but taking care of his family, ensuring they’ll always be straight. Humble, talented and blessed with the drive to succeed, it won’t be soon before long Nick Beezy is a household name. Check in with his previous releases on all digital streaming platforms and stay tuned for more from Hip Hop’s up next: Nick Beezy!

“Got Me Goin” (Prod. by The Martianz)

Stay Connected with the artist on social media, apple music, and Spotify.

Representing South Central, Los Angeles comes talented singer/songwriter forging his way out of the struggle, Nick Beezy. Born to a Japanese mother and an English father, Nick Beezy lived through an unconventional childhood. Nick never had a family while growing up, except for Nick Beezy’s mother who moved from Japan to Los Angeles to ensure a better life for her and her young son. However, things did not immediately pan out that way, but glad they both build up from the ground up to the height they’ve attained thus far!