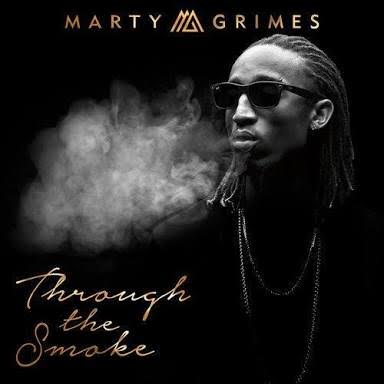 Marty Grimes should definitely be on your radar if you’re even minutely in tune with the pulse of the music industry. A budding talent coming from Berkeley, CA and an evolving prominent artist in the Bay Area’s rap scene. Influenced by his Northern California roots, Marty’s music embodies the lifestyle, slang and strut that the area is known for and that bred him. In addition Marty has released several introspective records revealing the details of his journey and ascension. Marty has achieved many feats since the launch of his professional career including the release of two albums Co-Executive Produced by longtime friend, & producer Kevin “KDE” Beggs to bring “Through the Smoke” and “Nobody Said It Was Easy” 2014 & 2015 respectively.
Marty has been featured on music’s premier online and print publications including, Billboard, Revolt TV, VIBE Magazine, The Daily Loud, Sway’s Universe and many more. In addition to achieving over 20 million total plays on SoundCloud; Marty has become accustomed to touring the road with his childhood best friend G-Eazy over the past six years gaining indispensable experience over that time period. Marty Grimes is focused on further expounding upon his brand and making unique music for his fans and supporters.