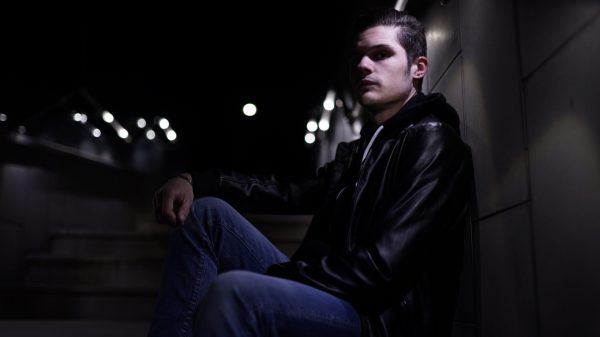 Jamecellow, a.k.a. Giacomo Franzoso, is a powerful 21st Century Italian singer-songwriter creating deeply soulful Electro-Pop/Synth-Pop tracks that are on the verge of breaking out worldwide. His debut album, Act Now, dropped November 29th, 2019 to strong reviews and his cover of “I Think I’m OKAY” by Machine Gun Kelly and YUNGBLUD caught the attention of both artists and was liked and shared by MGK. The music video for his track “Demons On Fire” has received over 70,000 plays since its release in August of 2019 and continues to grow. Jamecellow’s music is built on real emotions, lyrical brilliance, and a high level of songcraft, which allows him to instantly connect with listeners searching for new, meaningful tracks.

Jamecellow completely reinvented himself as a solo artist in 2018, disbanding the pop/punk band he had been with for four years and taking full control of his musical career. He immediately embraced his new destiny and set to work recording acoustic covers, posting online videos, and creating an underground following that has now carried over into his professional efforts. His debut single and music video “Painful Symphony” came out in 2019 and quickly marked him as an emerging artist with a promising future in front of him.

By September, he was in New York City being courted by managers and industry figures. Now Jamecellow is well on the way to becoming the performer he was always meant to be and bringing his original music to the international scene.