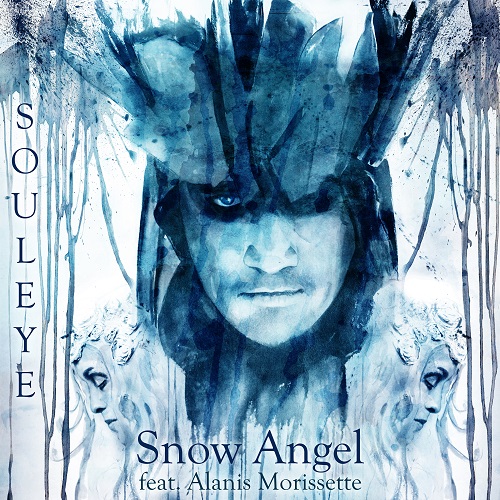 “It was an honor to work with my wife on this song,” Souleye tells Fuse of his gorgeous, wintry visual.

“It was an honor to work with my wife on this song,” Souleye tells Fuse of the video. “Not only does she inspire me as an artist, but she ceaselessly fluffs my ego. She is also hilarious so we were having a blast together.”

Morissette further explained the concept of the visual. “I love the literal and figurative dance between the masculine and feminine—within and without—in this song and video,” she adds. “The delicate bandying of action and reaction shows the empowered and vulnerable versions of each. I adore working with Souleye having been a fan since the day I heard one of his songs for the first time.”

“Snow Angel” is the second single from Souleye’s Wildman album, set for release in Spring 2017. If you’re looking for more Souleye, check out the video to “Follow Your Heart,” which dropped in November 2016: