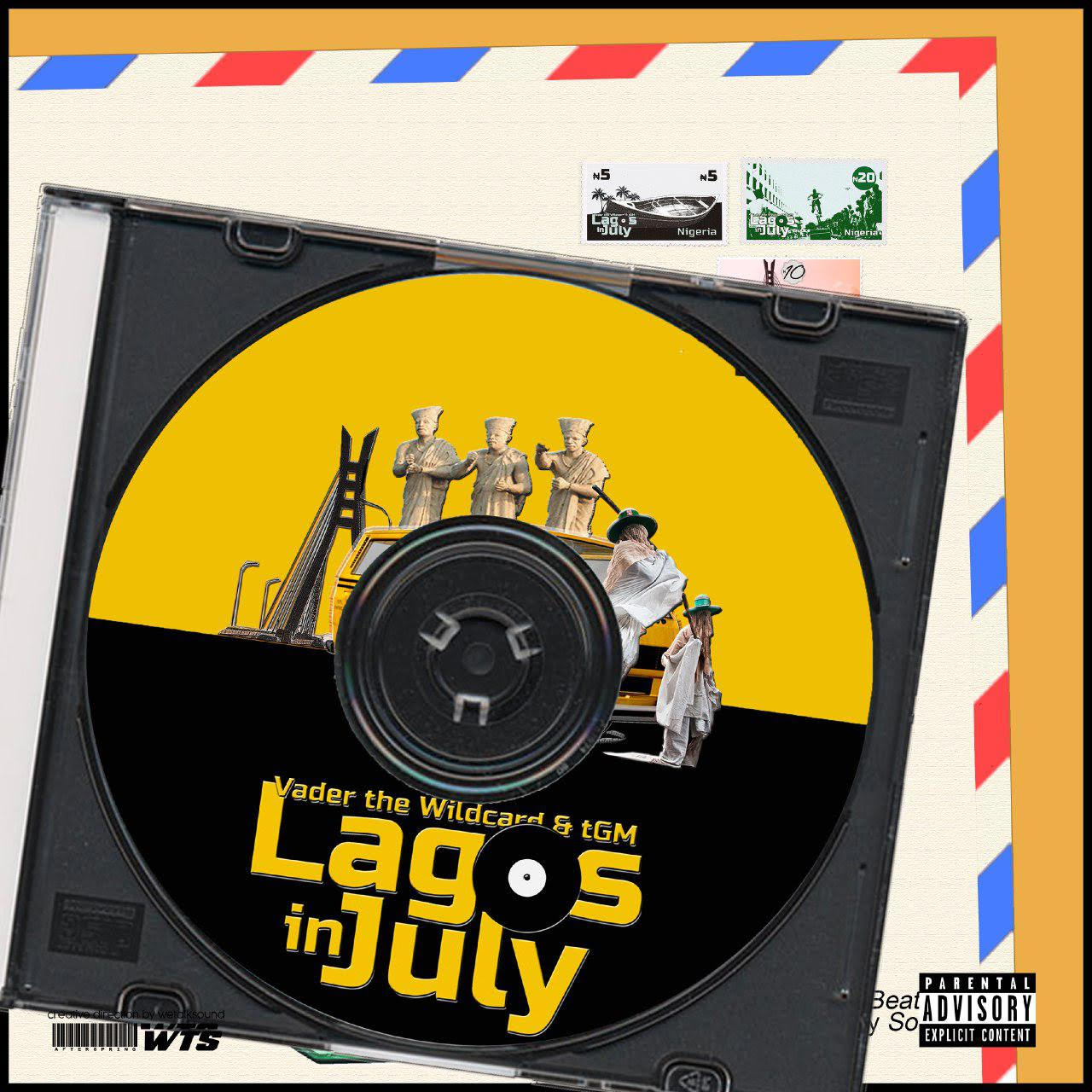 New Music: Vader The Wildcard And tGM – Lagos in July

Music for the conscious rapper in you. Established recording artists Vader The Wildcard & tGM come together and chronicled their unique Lagos experiences in this cinematic roller-coaster laced with pure emotions: from frustrations with the 9-5 life to sadness, to humor and the ironies of life in Lagos.
Lagos In July is a 4-track EP with each track feeling like a quarter of the holistic story. Production was done by AudioMonkey and OLSBeats while engineering was handled by Sorple.
A little bit about the two acts, Vader The Wildcard, who goes by  @vaderthewildcard on Instagram, started rapping from his days at the University of Ibadan. He blew into national acclaim in 2017 when he coveted won the Hennessy VS Class competition. Since then, he’s released acclaimed singles like ‘Omo Ibadan’, ‘Not Famous’, and ‘Weirdo’.
While tGM, who goes by @thegeekymidget on Twitter and Instagram, is the founder of music movement, WeTalkSound. He’s a strategist by day and a rapper on some nights. At any given time with headphones on, he’s probably listening to Lupe Fiasco or Earl Sweatshirt.