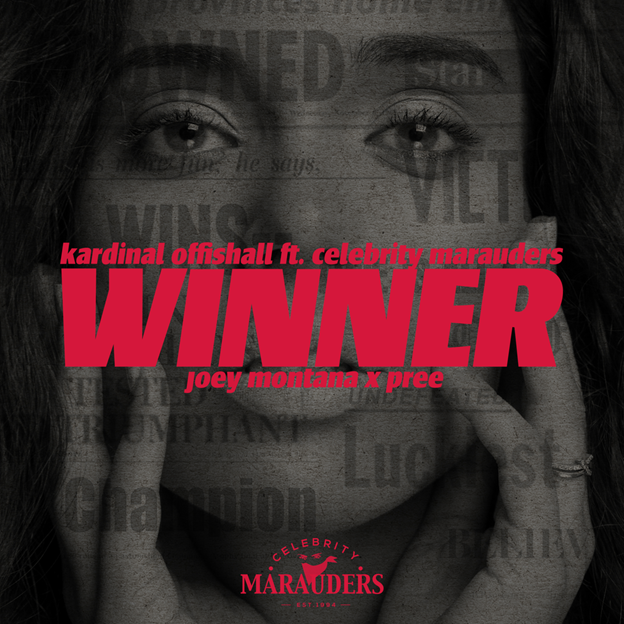 (Toronto, ON) – For the past two decades, Kardinal Offishall has become a highly regarded rapper and record producer recognized for spearheading the Canadian hip-hop music scene. Since the late 2000’s he’s claimed the international music stage with features on hit records such as Akon’s “Beautiful”, Lady Gaga’s “Just Dance” and his own single “Dangerous”, which peaked #5 on the Billboard Hot 100, making him the first Canadian rapper to do so.

With his distinctive hip-hop style, musical success and rap respectability he’s since been paving the way for a new wave of Canadian superstars such as Daniel Caesar,Tory Lanez, Jessie Reyez, Allan Rayman, Boi 1da, Jazz Cartier and, most famously, Drake — who’s credited Kardinal for opening the doors for Canadian artists globally.

In 2017 he launched a new creative collective, Celebrity Marauders, a platform for discovering and showcasing a diverse circle of creative talents who will feature on his new EP “KardinalPresents Celebrity Marauders” set to be released in 2018 through In Our Dreams  / EMPIRE and Universal Music in Canada. The lead single “Winner”, co-written and produced by Kardinal, release today features Latin reggaeton superstar Joey Montana (who’s “Picky” single and video enjoys streams and views in the billions), and Toronto newcomer Pree (EMP), with additional production by Yogi and writing by Cris Chil and Andy Clay.