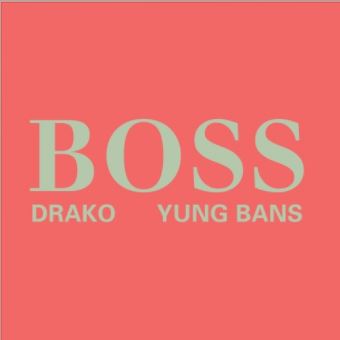 Drako and Yung Bans are arguably two of the hottest young prospects in the Atlanta hip-hop scene. Today, the two buzzing ATL rhymers have come together to premiere the hard-hitting trap anthem “Boss.” Produced by Lil Voe, “Boss” blends Drako’s up-tempo flow with Bans’ laid back demeanor to perfection.“Boss” is also the latest single from Drako’s highly-anticipated debut mixtape, “Fully Loaded,” slated for a May 11th release date on DatPiff.
Drako’s debut single “Watch Me Do It,” has had a major impact in Atlanta and is currently getting Mixshow airplay around the country. Meanwhile, Yung Bans has made his own mark with a slew of solo tracks and EP’s that feature collaborations with Lil Yachty, Smokepurpp, Lil Pump, XXXTentacion, Ski Mask The Slumpgod, Playboi Carti, UnoTheActivist, Yung Lean, and Wifisfuneral.