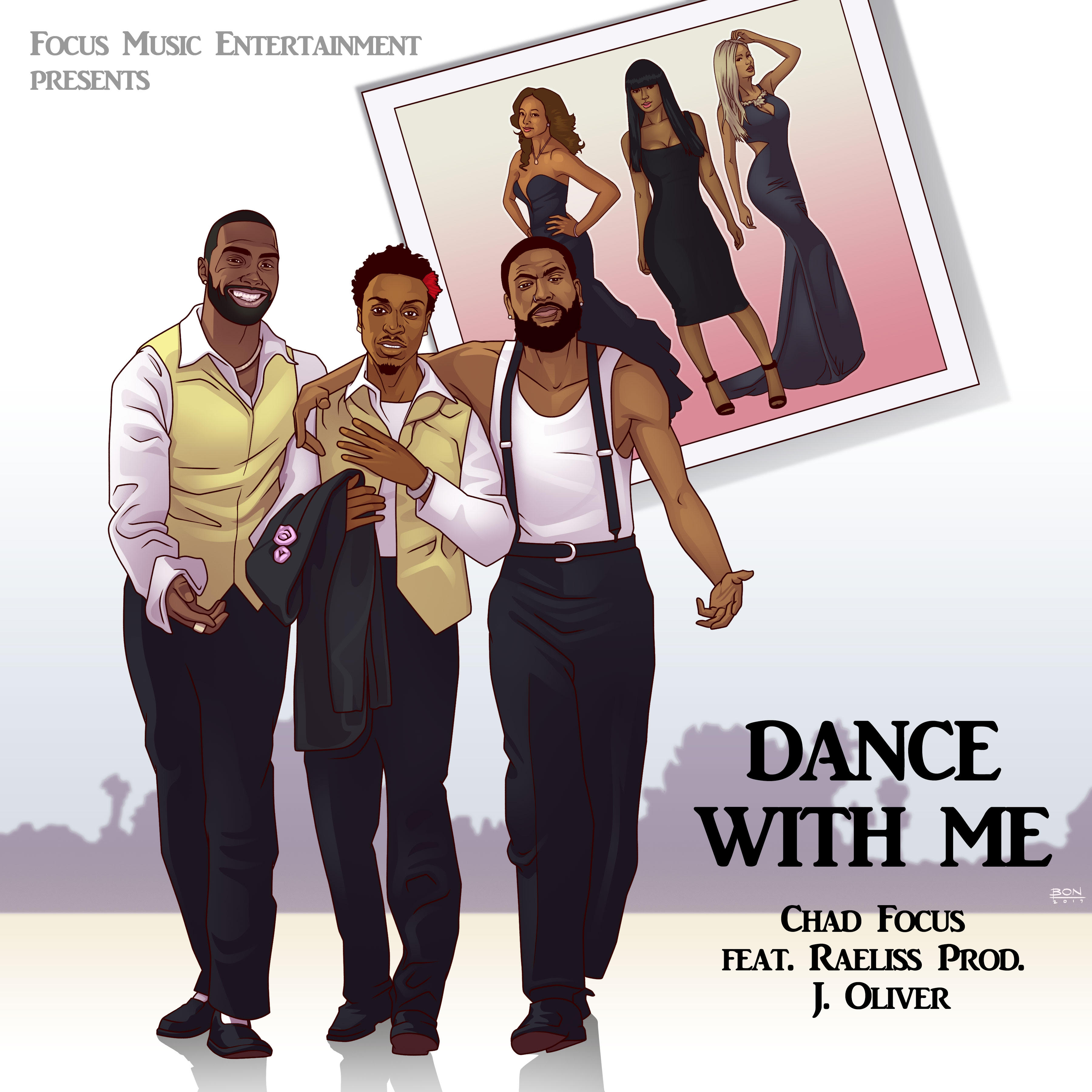 Chad Focus has linked up with Raeliss to create a masterpiece called “Dance With Me.” This track is amazing and the sound of the track is very easy on the ears. J. Oliver produced the track and you can tell he put his heart into it. This is a record that will stick in your head for a long time.
Click The Link Below:
https://itunes.apple.com/us/album/dance-with-me-feat-raeliss-single/1310111007
Artist Bio:

Born and raised in (Baltimore, MD), Chad “Focus” Arrington, grew up with a unique fondness for music, especially the soulful sounds of R&B. The oldest child of Lillian Milburn and Spencer Arrington, Focus was exposed to the hits of the great early Motown acts such as the Jacksons, the Temptations and Stevie Wonder, to name a few. Arrington grew up obsessed with artists known for great musicianship, creativity, and star appeal. He remembers his mother singing “My Girl” and “Pretty Young Thing” in the elementary years of his life as she would get ready for work as a nurse. Music guided them through all the hard times, and he really appreciated the business minded musicians who used the craft to express themselves and create multitude of opportunities for their friends and family. After his parents divorced, his mom put him into Piano lessons. For the next decade Arrington would classically be trained piano, while also growing to be one of the top young basketball players in his hometown area. As his team chased the 2005 3A Maryland State Championship, Arrington quit piano and put his music completely aside to focus on athletics. Arrington attended Randallstown High School and majored in Mass Communications. At seasons end, Arrington received his diploma and used his charisma and good grades to secure partial scholarship to McDaniel College of Westminster.

Arrington helped lead the McDaniel Green Terror to the first NCAA Postseason appearance in the 86 year school history, and he graduated with his Bachelorate Degree in Mass Communications. After college he pursued multiple entrepreneurial pursuits such as ownership of his own IT company, an Independent Agora Publishing Super-Affiliate, a Search Engine Optimization Consulting Firm, a Portable Electronics Startup and most recently his own label Focus Music Entertainment, LLC. The trials and tribulations were all worth it in his mind. The shortcomings only built a never quit attitude and have been responsible for the current movement we’re all witnessing.