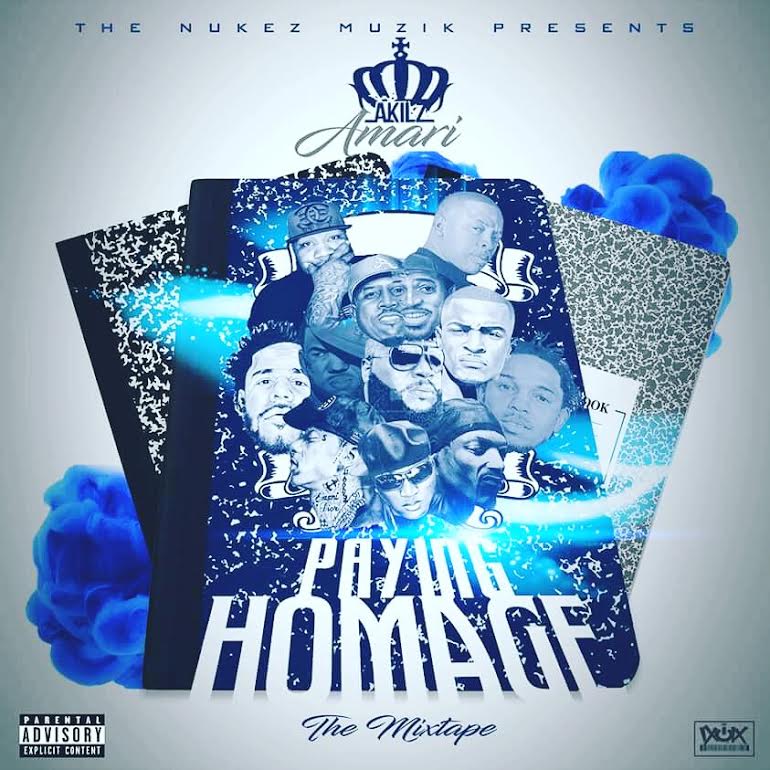 Akilz Amari is a breath of fresh air.  Releasing his debut Mixtape “paying Homage”, he puts his name in the hat as a face in hiphop that brings incredible lyrics, skilled songwriting, and the stage presence of an established act.  Hailing from Eastside Atlanta, with brief stints in Charlotte and Detroit, he has been influenced by many different sounds and artist.  This has helped created a well balanced and creative force.  This 23 year old artist pays tribute to many of the games influences on his mixtape.  With unbridled confidence and unmatched work ethic, Akilz Amari is poised to make an impact on the hiphop industry in 2017!  Follow Akilz on his social media @AkilzAmari (Twitter & Instagram) and visit his website at www.akilz.com.