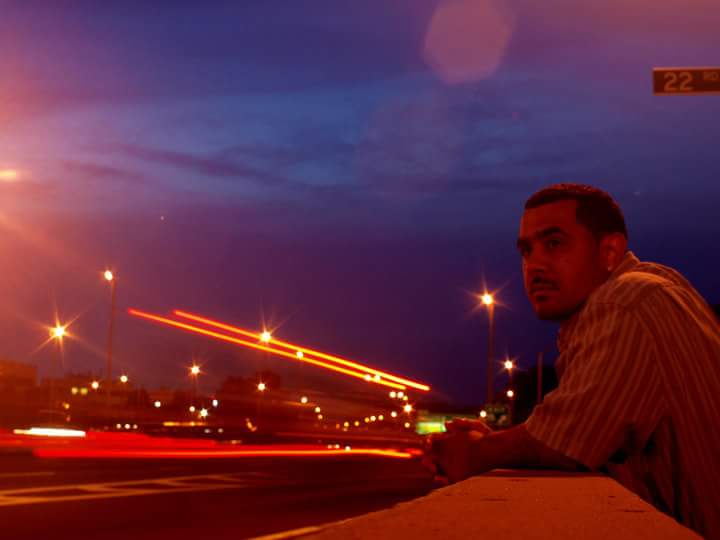 I started writing rap songs in the sixth grade at the age of just twelve years old! I remember back then, recording with a small tape recorder on cassette tapes and letting my classmates listen to it! In high school  I started to sharpened my skills by battle rapping and rhyming with other aspiring rappers at the time! I rapped a lot in cyphers back then! I started recording records at the studio in my late teens, and in my twenties I started releasing full length albums and mixtapes to the public! So yeah , I been making music for a long time now!

2. What do you feel you bring different to the music industry?
My style is something the industry is missing right now! While everyone is kind of doing the same thing, with a similar sound, I’m coming from left field with it! My sound is so unique and have such a positive message in it, I really don’t wanna sound arrogant or over confident, but it’s almost like my music is a breath of fresh air! It must be, because I grew up in a time of hip hop when you had to be lyrical and original to stand out in this rap game and I guess, that just stuck with me throughout the years!
3. How often do you record and what is your goal for having records done in a month?
I’ll record in the studio at least once a week! Then I’ll take the record home and listen to it over and over, to see what changes I need to do to the track! Then I’ll go back into the studio the following week and do final touches to it! It could take me up to two weeks to work on a record to make sure it sounds correct and I’m satisfied with it! Then the following week I’ll start recording a new song! So around average I can knock out two records in a month!
4. What is the hardest thing in life you had to overcome and how did you overcome it?
The hardest thing I had to overcome was drinking, hanging out partying and peer pressure! See, once I cut out all the negative things in my life, and once I stopped putting all those bad things in my body and just focused a hundred percent on my music, that’s when things started clicking and happening! And now the rest is almost history!
5. How did the record “shows and lights” come about and what is the concept behind the record?
Well I was working on my latest album “This Is My Apology Letter To God”, when I started writing to the beat for Shows and Lights , and I understood instantly, where I wanted to take the record! My intention was to write a song to be the first single off the new album, that would consist of positive lyrics and have that commercial mass appeal to it!  I wrote the chorus knowing that I was going to feature a female singer on it! Basically, the song is about life and how you can make something of yourself, if you just stay true to yourself and follow your dreams! No matter what people tell you, you can change your life around for the better, no matter what you been through, it’s not too late!
6. Where do you see your brand and career in the next 5 years?
In five years I see my career at it’s peak! I’m still be putting out fire albums and making dope music that influence people in a positive way! I definitely want to be on a huge world tour and have won at least one Grammy by then! And in five years I would like to venture into making movies too!