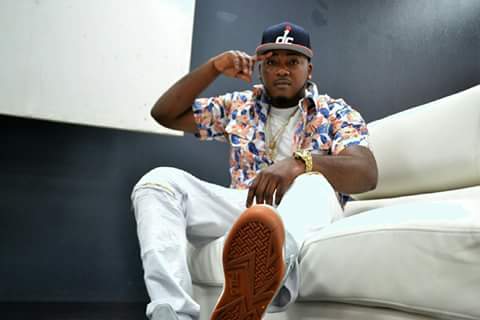 Phaeva Phawty is an entrepreneur, artist, & fashion designer, who is also a member of L.O.E. Da Gang (Loyalty Over Everything).

Shortly after Phaeva became a solo artist, he ended up with a minor setback, which caused him being incarceration. But that didn’t stop Phaeva as that created his strong inspiration to come back to the rap game stronger. In May of 2015 Phawty released his debut project that was created and wrote during his imprisonment called “40 DAZE -N- 40 NITES”. In August of 2015 Phawty released his LP called “FREEDOM OF SPEECH”. After the success of his last two projects Phawty & Brandon Wade (B`WADE) Formed The Current Group: “LOE Da Gang”. The group consist of six members total. Phawty provides a signature sound that provides a strong lyrical presence that shows his passion and emotions within his craft.

VMG had a moment to sit-down and chop it up with the southern beast.

Life. Most of my music is created from real life experiences. So as I overcome another obstacle I speak my testimony through my music.

A great opportunity. Y’all have been putting artists in the spotlight for years. It’s a pleasure to be able to work with you all.

3) Being that you are from Conway, Arkansas what is the state of Hip-Hop there? How would you titled your style of music?

Arkansas has some of the most talented undiscovered artists of all genre’s. A&R”s are finally paying attention. I predict for 2K18 10 or more artist from Arkansas will be signed to a major label. As far as My style of music I consider it to be ORIGINAL, RAW, & AUTHENTIC. My style can’t be predicted. They never know how I’m coming.

4) With your most recent music project “Modest” is Solid. Can you give us some details on how you came up with the name “Modest” and the goal for the overall project?

The word MODEST describes who I am as a person in one word. On this album my goal was to give my fans a tutorial on my thinking processor. When it comes to making the people feel where you’re coming from as an artist I feel like I’m in a league of my own. My goal with this project was to make them feel me, increase my listeners and gain a bigger buzz. So far it’s been a success.

I can be found online at all social media outlets and all digital platforms @ PhaevaPhawty.

Expect great things from Phaeva Phawty in the near future. I’m fina put Arkansas on the map! Mark My Words.