Nelly And Musician And Actor Joe Jonas Join The Next: Fame Is At Your Doorstep 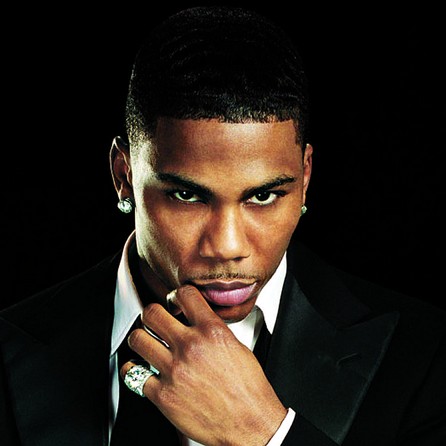 June 4, 2012 (Burbank, CA) – The CW has filled out the cast of its upcoming singing competition series as Grammy Award-winning rapper and actor Nelly and Grammy Award-nominated musician and actor Joe Jonas have joined THE NEXT: FAME IS AT YOUR DOORSTEP (formerly titled “The Star Next Door”) as the final two celebrity mentors. The series premiere date and time will be announced at a later date.

From executive producer and hip-hop icon Queen Latifah, along with executive producers Dave Broome (“The Biggest Loser”) and Shakim Compere, THE NEXT: FAME IS AT YOUR DOORSTEP will Go On a nationwide search for undiscovered artists on the verge of stardom. In this new take on the music competition genre, superstar mentors Jonas, Nelly, pop legend Gloria Estefan, and country star John Rich will travel to where the talent is, immersing themselves in the lives and towns of these local performers and preparing them for the chance to represent their home city on stage, live, in front of America. THE NEXT is produced by CBS’s Raquel Productions Inc., in association with 25/7 Productions, LLC and Flavor Unit Entertainment, Inc.

Nelly, who will be releasing his highly-anticipated sixth studio album in the fall, charged onto the hip-hop scene in the summer of 2000 with his groundbreaking debut album, Country Grammar, much to the delight of the legions of fans that now rank him among hip-hop’s premier artists. Ranked No. 3 on Billboard’s definitive list of the best-selling artists of the 2000s, Nelly has not only sold more than 30 million albums/singles, but he also tied with Elton John for the most consecutive weeks at No. 1 on the Billboard Hot 100 chart by a male solo artist. Beyond music, Nelly also released a fitness DVD called Celebrity Sweat in September 2010, and his hugely successful Apple Bottoms clothing line for women has expanded to include fragrance, handbags and accessories, footwear, intimates, swimsuits, plus sizes, scrubs, sunglasses, optical, jewelry, girls wear, and infant apparel. In addition to recently acquiring the rights to the Troop clothing line, Nelly is the CEO of his own label, Derrty Ent., co-owner of the Charlotte Bobcats NBA expansion team, and founder of two non-profit organizations, 4Sho4Kids and Jes Us 4 Jackie.

Joe Jonas is an international talent in both the music, television and film arenas. Joe and his brothers burst onto the music scene in August 2007 with their self-titled debut album, which made the top five albums on the Billboard charts and was soon certified double platinum. With the release of the band’s second album, the Jonas Brothers became the first artist ever to have three albums on the Billboard Top 10 at once – Jonas Brothers, A Little Bit Longer and the Camp Rock soundtrack. In 2009, they released Lines, Vines and Trying Times, a global hit that

became their second #1 album in one year. Since then, the Jonas Brothers have sold a combined 20 million units worldwide and earned over 40 Gold & Platinum record certifications. They received their first Grammy nomination in 2008 for Best New Artist, and have won nearly 50 awards across the globe, including an American Music Award. Joe and his brothers have embarked on eight world and regional tours over the past six years, performing for over three million fans. “Jonas Brothers: The 3D Concert Experience” opened to become the second highest grossing concert film of all time. With an unrelenting passion for music, Joe’s solo album, FastLife, debuted in the Top 15 releases for the week of October 11, 2011. Joe and the Change for the Children Foundation have teamed up with Special Olympics to host fun runs around the world to raise money for Special Olympics. The Jonas Brothers have raised $4.5 million for Change for the Children to date. Currently, Joe is back in the studio working on highly anticipated new music with his brothers.

tags: breaking Fame Is At Your Doorstep Info Joe Jonas Media Nelly News spotlight Word
previous Kendrick Lamar - The Backroom Freestyle
next Nicki Minaj Skips Out On The Festival After a D.J.’s Remarks