Mus Matos – YUNO Who’s Up Next 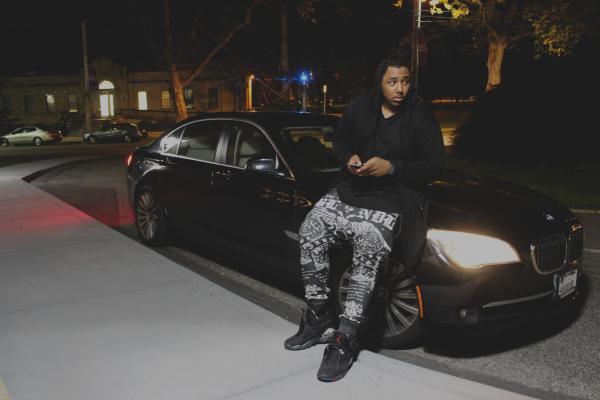 A little over 4 months ago music blog sites across the internet were introduced to an artist by the name of Mus Matos.  With his debut drop, Mus was able to catapult his hit single “Monicas” into the playlists of some big named DJs along the east coast. While straying from the conventional “Philly” brand of music, Mus Matos has managed to create a unique sound unlike most MC’s from his hometown.

Now back to make his second drop of the year, Mus Matos has blessed us with his new single “YUNO Who’s Up Next”. Matching a mix of presence and delivery with witty wordplay, he has discovered a way to please an audience stemming from all realms of hip-hop. Whether in the club or on your way home from work, his new banger “YUNO Who’s Up Next” delivers something universally special. Hit the link below and vibe out.

About Mus Matos…
There has been a recent vitalization, with the birth of a new era of R&B. Stars such as The Weeknd, PartyNextDoor, Future, and Drake combine grungy instrumentals with melodic vocalism. Hearing something different, this new age style is gaining renowned reviews by Fans alike. Flying under the radar for three years before releasing his debut single “Monicas” in the spring and “YUNO Who’s Up Next” in the summer of 2015, Philadelphia’s own Mus Matos is now getting ready to stamp his mark in the Industry.

In 2015, Mus Matos’ music originally caught the attention of many respectable indie Journalists, who’ve praised its work highly. The cause that can attribute to this is his creativity. Using his intelligence to evoke reactions is one of the positive traits that Mus Matos possesses. In his debut single “Monicas” there was the heavy use of homonyms, which led listeners to continuously replay the record leading to the grassroots fan base becoming hooked. With a follow-up release of yet another classic in “YUNO Who’s Up Next”, Mus Matos expresses his feelings in harmonious yet rugged vocals informing the audience that they should be aware of his imminent success. On the horizon for this fall is Mus Matos’ latest single “Love What I do”, forecasting his breakthrough into the nightlife music scene through a combination of staggering lyrics and amazingly catchy choruses. With this he has shown his consistency is as dependable as his delivery.

What will drive Mus Matos to succeed in the cut-throat Music Industry moving forward is his willingness to learn and adapt. With him, putting out a volume of music never took precedence over producing quality sounds. Taking three years to hone his craft before releasing his first official single granted him the patience he needed similarly taking the “Mr. Miyagi” approach and opening opportunities to dive into different realms of music.
At the end of the day Mus Matos is a brand. A brand driven by the desire to succeed and the thrill of the ride as it continues to bring you timeless sounds. With an original style and a library of music ready to be unleashed, it’s his musical chic that reaches both ends of the spectrum. The Mus Matos brand guarantees a level of quality unheard of in today’s society. With a motto of “Like It or Toss It”, his confidence that “What Was Once A Dream Now Lies Within Reach” is just one of the many mantras that will allow him to ease into the hearts of all music lovers.

There are times in every musician’s career where they wonder if “it” will ever happen. Taking that next step to gaining recognition on a national scale is what I’ve always wanted and worked hard for. Sometimes you doubt if that will ever come to fruition but it’s the feedback that keeps me going. People come up to me every day with appreciation for my craft, saying how much they’ve been listening and how much they want more. That along with the idea of providing my family with a care-free lifestyle is what fuels me to keep my foot on the gas.

Something classic. Honestly, the name itself sounds dope. Then I read the tagline and with being a big fan of oxymoronic phrases, “Future of the Retro” sounded super dope as well. Now a days that’s where our culture is heading: looping back around to the 80s/90s culture but this time with social media and advanced technology. So the name is pretty genius in that regard.

3) Being that you are from Philly, what is the state of Hip-Hop there? How would you titled your style of music?

This is a good question, and an important one. Hip-Hop is very much alive here. I would say the passion is very strong in this city. I’m a little frustrated with the approach though. I hear a lot of the same sounds from hip-hop artists here. Since Meek Mill made it (and he’s pretty dope lyrically) it’s gonna sound like everyone is jockeying to be the next Meek but in all honesty, it was like this before he got signed. Now it’s just even more common because of the increase in number of artists. What’s even worse is that a lot of the artists out here that share similar sounds aren’t aware that they sound like each other. They have these aspirations but aren’t trying to shift the culture in a way that brings something new, something fresh to the table.

That’s why I think my sound is so important. It’s unique. If I didn’t tell you I’m from Philly you wouldn’t have guessed it. It grabs people’s attention when they hear my songs, either on a device or at shows. At shows I look into the crowd and see people looking at their friends next to them in disbelief. Then when I drop that mic after my set the same ones that overlooked me before my performance when I pass my business cards out are now flocking to me asking where they can hear my music and find my contact info. That’s what separates me from the field here in Philly. I know one day on a bigger stage I’ll be able to show everyone that Philly has much more than its stereotype sound.

4) With your most recent music single “YUNO Who’s Up Next” is Mad DOPE, I’ve been banging it for three days straight, Really Like It… can you give us some details on how you came up with that song?

Recently a lot of the music I’ve been recording is speaking to either my current status (with trying to break into the industry) or my path towards and during that run in the industry. This song speaks to the former. I know I’m up next. It only takes one ear to get me there. My biggest struggle has never been getting people to like my music. Its always just been getting people to tune in. That’s why I meet people and tell them “If you don’t like the first 20 seconds of my music, toss my business card out the window”. My motto is “Like it or Toss it” and I can honestly say that I have not gotten anything short of amazing feedback in years. I feel like that time for me to hit the big stage is right around the corner. I seriously feel that there is no one that can compose a hip-hop song better than me. Call me crazy. Call me whatever. But I feel that way and that’s how you have to feel as an artist with goals of reaching that music plateau. That’s what gives me the swagger to produce the sounds that I do. If you go on my Soundcloud you’ll hear songs that don’t even sound like they’re from the same artist. The scary thing is that I literally have like 15 more hits like this sitting in queue. It’s gonna be crazy moving forward.

I encourage all of my fans to reach out to me with any questions, feedback and/or requests. I’d like to build that relationship with my audience so I’ll be replying to all communications.

I’ve been a huge fan of Fabolous since I was young. I always admired his punchlines. He really took my interest in hip-hop to the next level. When I started actually making music in later on in college I was listening to a lot of Drake, Kanye and Ryan Leslie. Ryan Leslie is like a modern day Prince, but with a unique sound. I’ve really been influenced by the artists I just mentioned because they each brought something different to the table. Something that really was never heard of before their debut.

I recently lit the stage up in Philly and won a XXL Magazine write-up which will be coming soon. I’m also working on the video of “YUNO Who’s Up Next” so be on the lookout. In addition to that, I guess I’ll say you’re hearing it here first: I’ll be dropping my next single “Love What I Do” next month. The single premier party will be in DC at Opera Ultra Lounge on September 26, with the single available online late in late October. From there you can expect a lot more music from Mus Matos. #MatosSeason is fast approaching.