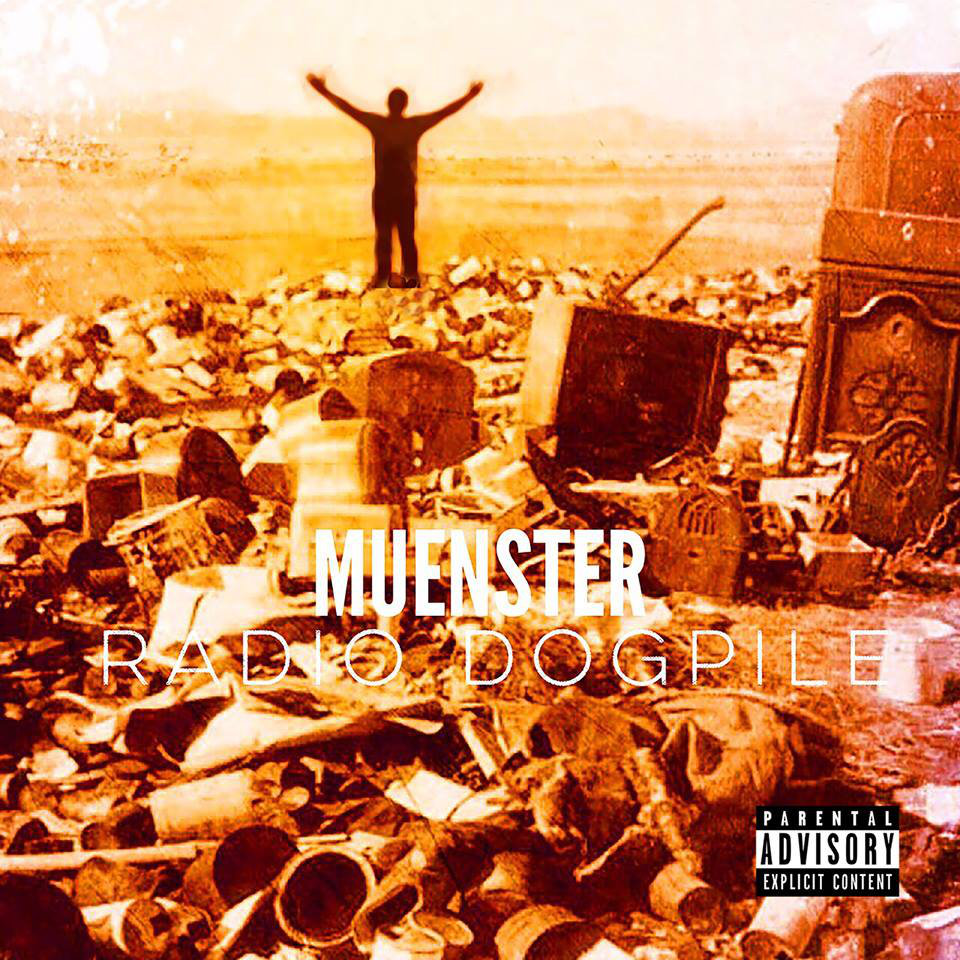 The term “hardest working rapper” gets thrown around a lot. However, it’s hard to argue against Denton,TX MC, Muenster, who just released his third album in five years.

“This album represents my opus. This is my magnum opus,” Muenster said.

Radio Dogpile is a collection of versatile, lyrical and thought­provoking hip hop that Muenster made over the period of the last five years while simultaneously releasing two other albums: Epicenter (2012) and Warp Tape (2014).

Being one of the leaders of the Denton hip hop scene, Muenster can mostly be found in the studio creating his own music, collaborating with other artists or on stages across Texas. However, with Radio Dogpile, he preferred to make an album that is much more personal.

“I approach all of my music anthropologically. Especially after having raised a child to almost a teenager at this point and experienced true growth organically. I can do nothing but approach my music in the same manner and consider the impact and imprint of what I’m creating and what will the legacy be far after my body ceases to be alive in this form.”

Radio Dogpile features collaborations with West Coast legends such as Project Blowed/Hip Hop Kclan artist Pterradacto and Stone’s Throw DJ Tape Mastah Steph, as well as, collaborations with producers and performers from New York, California, Switzerland, and even Budapest. While some people think hip
hop artists lack in real musical skill, Muenster is here to prove them wrong. Multi­versed in composition and theory, Muenster plays keyboards, drums and trumpet. He is known for using those skills to produce some of his own beats.

“I, frankly, think that music has no boundaries. It’s timeless and not containable in a box.”