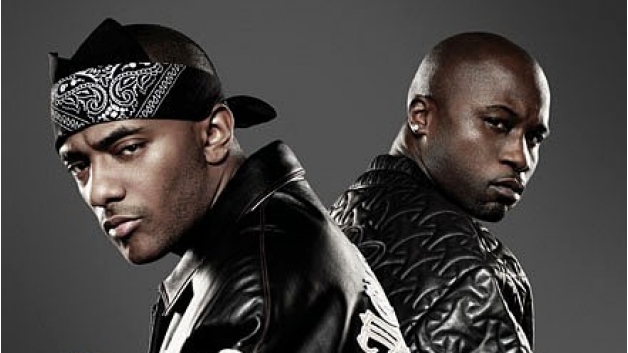 Money trumps f-ckery. Despite a very public fall out last year, Mobb Deep is reunited and going on a tour to celebrate their 20th anniversary as a group. The dates for the national tour have now been revealed.

Last spring, Havoc aimed slanderous tweets at his long time rhyme partner Prodigy, alleging that he was gay and pretty much a sucka. P took the high road during the tiff and Hav eventually sort of apologized for his actions.

Letting bygones be bygones, at least for now, HipHopDX reports that the infamous Mobb Deep’s 20th anniversary tour kicks off May 9 in Chicago at the Double Door before concluding on June 9 in Philadelphia at The Blockely. During the month long tour, other cities the Queensbridge representing duo will visit include Seattle, Los Angeles, Atlanta and Boston. Interestingly, there is no New York City date on the schedule while a city for June 5 in either the Carolinas air Virginia has yet to be locked in.

Before embarking on their tour, the “Shook Ones, Part II” rappers will be performing at the Paid Dues Festival on March 30 at the NOS Events Center in San Bernardino, Calif.

Mobb Deep dropped their debut album, Juvenile Hell, in 1993. Their last proper album, Blood Money, was released in 2006 and the pair released the Black Cocaine EP in 2011. Check out the dates for Mobb Deep’s 20th anniversary tour below. 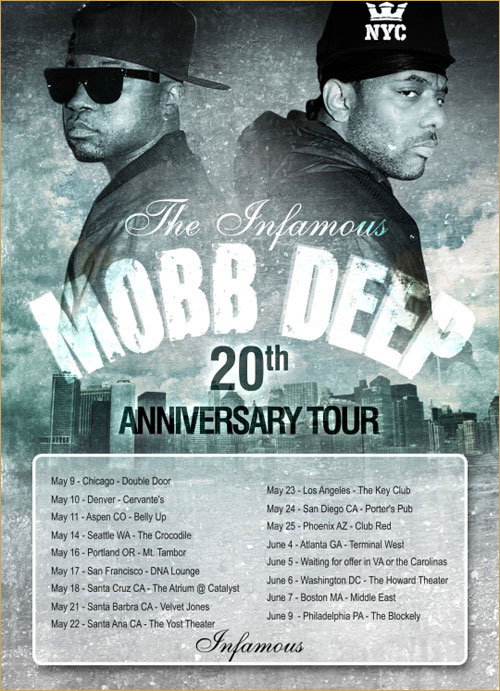