MIKE GEEZYY Is On The Rise!!! 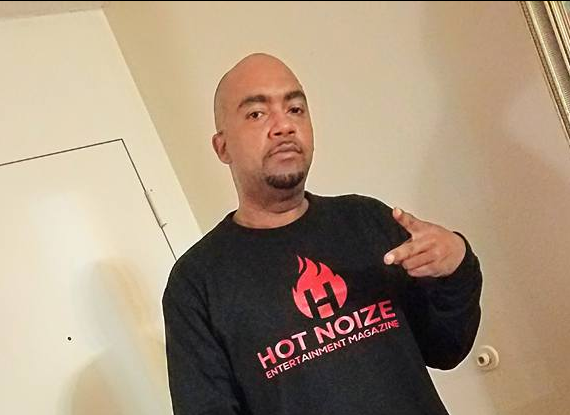 2018 promises to be the start of a new beginning in the music career of talented act, Michael Gray, popularly known as Mike Geezyy, as he has been recently co-signed to entertainment and media giant, Hot Noize. Hot Noize has announced the co-signing of Mike Geezyy, signifying the start of great things in the life of Michael Gray, with an official launch and unveiling schedule for 2018.

The music and entertainment industry as a whole has seen several stars come and go. While many of stars were lucky enough to succeed without the help and guidance from experienced persons and heavyweights of the industry, others have not been so lucky. Consequently, many talents have been lost even before they were discovered. It therefore goes without that every music talent looking to study in the entertainment industry of today needs to get the right mentor-ship and support. As part of Hot Noize’s efforts toward developing talents and helping them achieve their career and life goals, the media giant has announced the addition of Mike Geezyy to the family, making him a part of the new Jackson, MS Music Movement.

Michael Gray was born in August 22, 1978 in Jackson, Mississippi. He has literally been in music all his life, as he started playing around with music and doing some freestyles in his grandma’s backyard. However, he did not let his love for music to disrupt his education, focusing solely on his education as he attended Bradley Elementary School.

After he turned 16 in 1994, Michael Gray decided to take his rap music with all the seriousness it deserved. After turning 24 in 2002, Mike Geezzy had his first ever booked event. However, Michael Gray was forced to put a pause on his career due to some emergencies.

After years of taking a break from the industry, Michael decided to make a return to making good music. Stage named Mike Geezyy, Michael became a member of Straight Jacket Entertainment. He was also a part owner of the label and studio.

Over the years, Mike Geezyy has collaborated with several artists including Cenolaldy601, Duke The Truth, Jack Dangerous, P-Dog, Clicker, Bossolini, and Yung Juvie amongst others.
Michael became a Supaunit (Savage Life) member in 2010 where he met lots of great teammates in the university as it is known. His manager David Ransom (Savage Life) has continued to hold things down for him and other members of the family.

Michael has always demonstrated his love for making good music, having the game deep in his veins. He has continued to stay focus and motivated in pursuit of success. Michael has connected with several great artists and this is evident in his music.

Michael (Mike Geezyy) is popular for rocking the Mic every time he touches it. He is also famous for his highly explosive lyrics anytime he puts pen to paper. Music is his life. His dedication and diligence in and out of studios have continued to pave the way to unlimited success.

More information about Mike Geezyy and his works can be on Facebook as Michael Geezyy Gray, Twitter as Mike Geezyy, REVERBNATION on MikeG/Supaunit/Reverbnation, and Instagram as ggtoohardtoswallow.