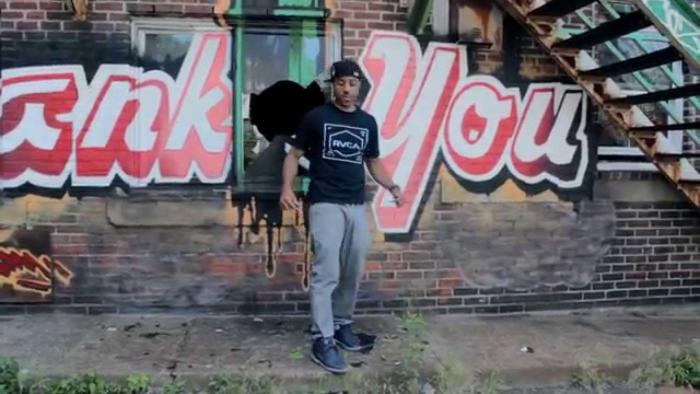 Brockton, Massachusetts rapper Mega Trife presents the Rose Glen-directed music video for “The Backspin”, the new single from 2095, his forthcoming album produced entirely by his long-term partner Nonsense and featuring cuts from Statik Selektah and Rain. Trife has collaborated with M.O.P., Termanology, Nature, Von Pea, Blu and more. Trife and Nonsense’s last release was 2012’s Full Circle. Following Trife’s collaborative effort with Nonsense will be a solo album featuring production from Statik Selektah, Ski, and Khrysis. Trife says “The Backspin” was chosen as the lead single “because it encapsulates the entire essence of what 2095 is; hard rhymes over a classic breakbeat. Just because a beat may have an old school sound to it, doesn’t mean the lyrical content is or has to be old school as well.” 2095 drops July 8. An advance listen of the album is available on request.