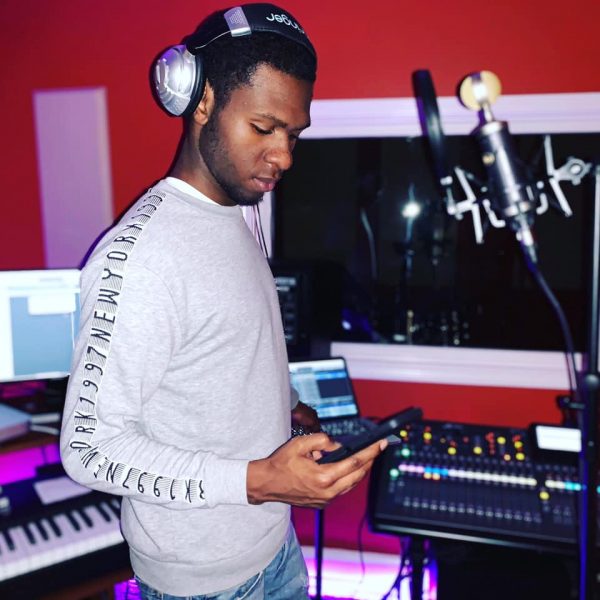 Erik Cain is an independent hip-hop and soul artist originally from Huntsville, Alabama. Born 6 September 1998, Cain grew up involved with music in his local church, singing and writing songs for the children’s choir at age 8 before he started rapping at age 12. Influenced by conscious hip-hop artists such as J. Cole, Kendrick Lamar, and Chance the Rapper, Cain’s high energy delivery and melodic flow are the backbone of his rich, soulful sound. From the bouncing beats and joyful gospel textures found in hit “Up, Up, and Away” to the heartfelt vocals and sultry guitar chords in R&B love anthem “Scattered”, Cain’s versatility and skill are showcased with confidence and finesse in every track.

Cain’s lyrics are candid and open, moving beyond typical rap bravado to reveal raw emotions and lessons learned from his personal struggles. Having gone through tough situations, such as becoming a young father at age 16, being kicked out of church groups for behavioral issues, and navigating daily life in America as a black male, Cain’s music reflects his tenacity, perseverance, and dedication to overcoming strife. The prolific body of music that Cain has independently produced and producers he worked with so far (3 albums and over 21 singles to date) is a testament to his hard work, grit and commitment to his craft. Speaking on what motivates him, he says: “I am driven by my need to be the greatest artist of all time.” According to the artist, his Top 5 dream collaborators would be Drake, Chance the Rapper, Lil Wayne, Stevie Wonder and Bruno Mars.

The new wave of hip-hop Born in the late 90’s, Cain is part of the “new generation” of hip hop artists bridging the gap from the old heads in a time of self-production and social media. “I’m a part of the new generation and I’m proud of it,” says the rapper. “Despite what old hip-hop heads think, I believe that in this age the most organic talent is being displayed through the use of social media. I think we just don’t give artists enough time to develop. There are 19 year old superstars who are just as talented as their older counterparts.”

In his late teens, Cain started interning at a music studio in downtown Atlanta. Although initially resistant to the idea of college, he ended up enrolling at Clark Atlanta University to study music and learn more about African American history. His long term plan is to use his platform to help educate and mentally liberate his people. More generally, when asked what inspires him to make music, the artist looks inward: “I create music for myself. I use it as an outlet for the things I go through with the hope that people can relate. BjK Productions & Erik Cain Founder of the Southern Kings record label, Cain independently released his latest album “Ready or Not” in early 2019. “Ready or Not” is available for purchase and streaming on all major platforms.

Check Out The DOPE NEW VISUAL From Erik “Up Up And Away”.