Meek Mill Breaks Up Near Brawl Between 50 Cent & Trav 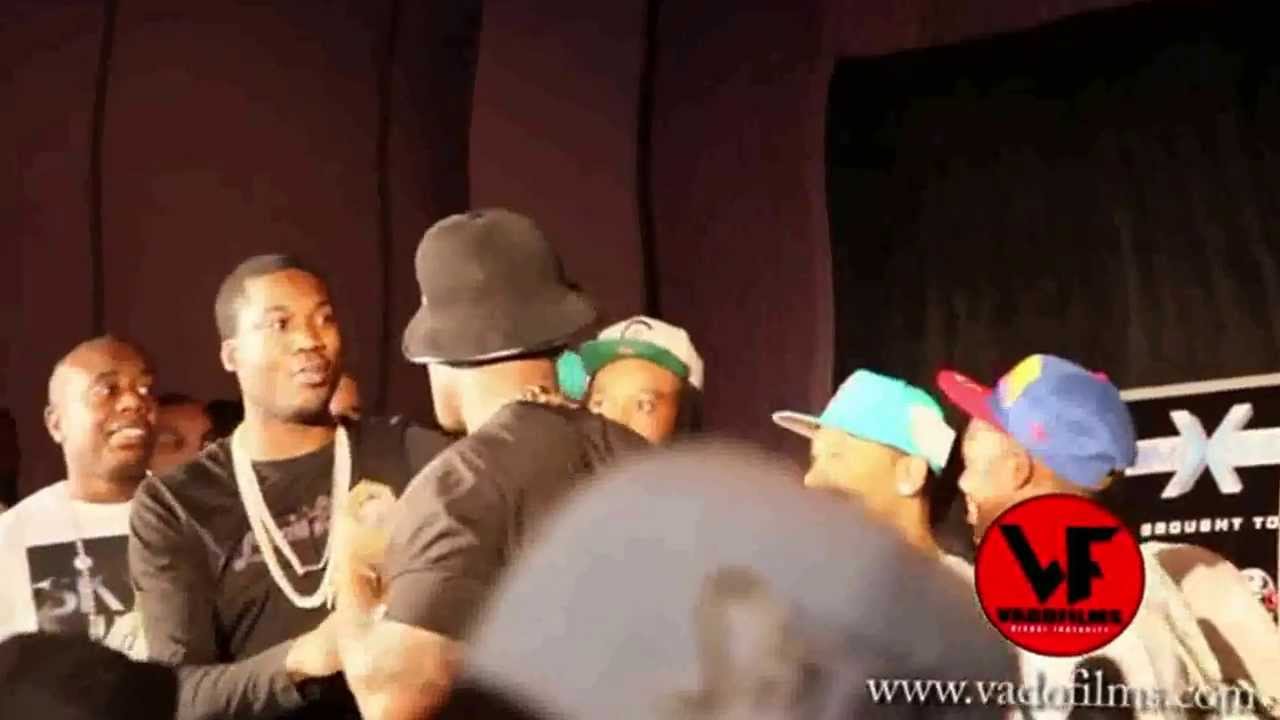 Meek Mill and 50 Cent have had their differences in the past, mainly involving the beef between Fif, and Meek’s bawse, Rick Ross. However, when 50 called Meek Mill to the stage at a Mixshow Live Event in Atlanta Saturday night, Meek was actually the one breaking up the beef.

As Mill walked onstage with his entourage, Fif spotted a familiar face amongst the crew. Former G-Unit rapper Trav (who has beef with 50) was attempting to take the stage by sneaking in with Meek’s posse.

Curtis spotted him right away, and made it clear he was not welcome. When things got pushy between the former allies, Meek stepped in to break things up.

Not much else is clear from the footage, but it appears that the show continued on after Trav left the stage.

Watch the video of the confrontation below