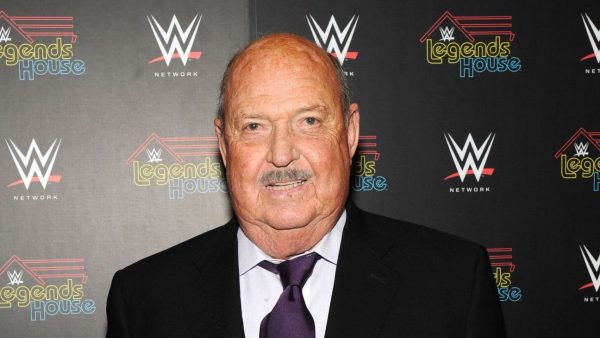 “Mean” Gene Okerlund, the iconic WWE backstage interviewer who played a role in some of the biggest moments in pro wrestling history, has died, the WWE announced Wednesday. He was 76.

Okerlund stood next to the likes of Hulk Hogan, Ric Flair, Randy “Macho Man” Savage, Andre the Giant, the Ultimate Warrior and many others from the mid- to late-1980s and teed up the stars of that era to deliver some of their most memorable promos. In the mid-1990s, Okerlund moved to rival WCW and stood in the ring as garbage rained down upon Hogan as he formed the nWo.

“A voice and soundtrack to an entire era of our industry. He was the star of some of WWE’s most memorable segments,” WWE executive vice president Paul “Triple H” Levesque said on Twitter on Wednesday. “‘Mean Gene’ was beloved by all who got to work with him. Our thoughts are with his family at this difficult time.”

Mean Gene I love you my brother HH

One Of My Closest Friends Since 1972 Until This Very Sad Day In 2019. Not Only The Greatest Voice And Personality In The History Of Announcing, But A Man Who Touched Everyone’s Life Who Were Fortunate Enough To Know Him. Rest In Peace Knowing No One Will Ever Replace You. pic.twitter.com/i7illbxQgw

I just saw Mean Gene in North Carolina at WrestleCade.

It’s so true that our tomorrow’s are never guaranteed.

Just heard Mean Gene Okerlund has passed away. As an interviewer, pitch man, announcer, or host, he was untouchable. Simply the best. Total professional with quick wit, sarcasm, humor, and that golden voice.
Condolences to his friends and family.

Very seldom does an interviewer become just as popular, and at times even more popular than the superstars he/she interviews. Gene Okerlund was that person. Im saddened to hear of Gene’s passing. It was an honor to know you Gene! #RIPGene

So sad to hear of the passing of our friend, Mean Gene Okerlund.
I'll always remember Gene with a smile on his face and a drink in his hand and always wanting to help. His was "The Voice" of @WWE RIP Gene. pic.twitter.com/tgS1Yy3VpA

Okerlund returned to the WWE fold upon the closing of WCW in a variety of roles and appearances, and was inducted into the WWE Hall of Fame in 2006, by Hogan.