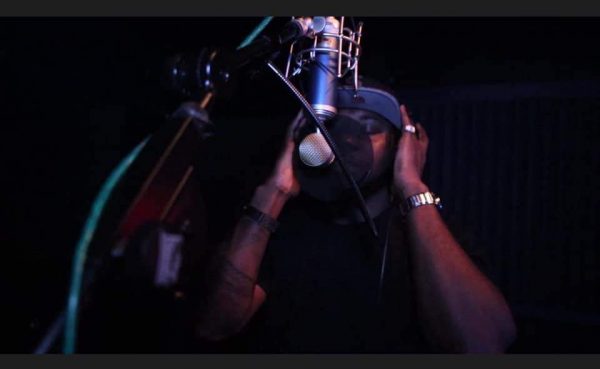 Mayne is a rapper that’s been on and off the local scene within Maryland’s DMV area since 2006; however, not until 2018 he was able to begin building a loyal fan base. The absence between 2006 and today was due to having a sound which he believed to be at that particular time adding to the destructive energy that plagued hip-hop and those who listened.

Mayne speaks.
“I believe to know better, and to actually aim to do better through your actions not only benefits you it benefits those who are influenced by you. It could be your sister, brother…friend or it could even be the world. It would be easy to do what everyone else is doing for the dollar but to do something that encourages positive growth around you I believe is more rewarding especially in these times.”

All that we believe and is taught is meant to keep us depending on something outside of yourselves having no accountably for ourselves. All of my music is geared towards identifying faults within and around us, identifying the strength within us and identifying what self-help and self-rendering looks and feels like.

My EP I released is all about Spiritual Awakening which I don’t believe a lot of people actually caught the first time listening to it. Now as my fans grow I want to speak more about the songs, but I won’t do a total breakdown because it’s all double meanings, like a coded language not meant for everyone.

My fan base has to be built up because there’s not too many going into depth like I do lyrically. My sound and my music are actually done to mimic the meditative state, the trance like state from meditation that’s why I believe those who know what I’m talking about are usually high and out of their minds or else they have a deeper level of understanding of self. My music is necessary because I know a lot of people are tired of the old song and dance, they want something new, they want to vibe a little differently and I’m here to help with that. A lot of my music misunderstood like the song “My Children” but that song was conceived from a meditative state from the energy that I believe wants to be heard. If not by me I believe it will be by someone else.

VMG had a moment to sit down with Mayne and find out more about his views on Hip-Hop and some of his new music.

I believe most of my motivation comes from seeing so much injustice and just being part of God’s Children for lack of a better term.

What comes to mind…Well I see it as an well-known avenue to get more exposure from a credible blog / magazine that’s actually able to give that artist an extra push.

3) Being that you are from Landover, Maryland what is the state of Hip-Hop there? How would you titled your style of music?

I think it’s like how it is almost everywhere…the meaningful artist with originality is pushed in the back while the same on song is played and copied while degrading and demeaning the culture. Selling out the next generation to come. I couldn’t even title my style of music, it would probably be a Shaka Zulu flow or something. It’s conscious nevertheless

4) With your most recent music single “The Dark Prince” is Crazy NICE, I Really Like It… can you give us some details on how you came up with that song?

There’s lots of things to be worried about in these days in times and “Shadows” those who talk and want the worst for you are not the ones you need to be worried about. The Dark Prince is about looking into the mirror correcting yourself and then elevating pass the Shadows.

and on all major streaming platforms like Spotify, iTunes and Tidal.

I don’t have anyone in particular, but a lot of them are those who did this before me and doing it now meaning writing books, making movies, and making music with content that frees the mind.

Ya’ll ain’t heard nothing yet.