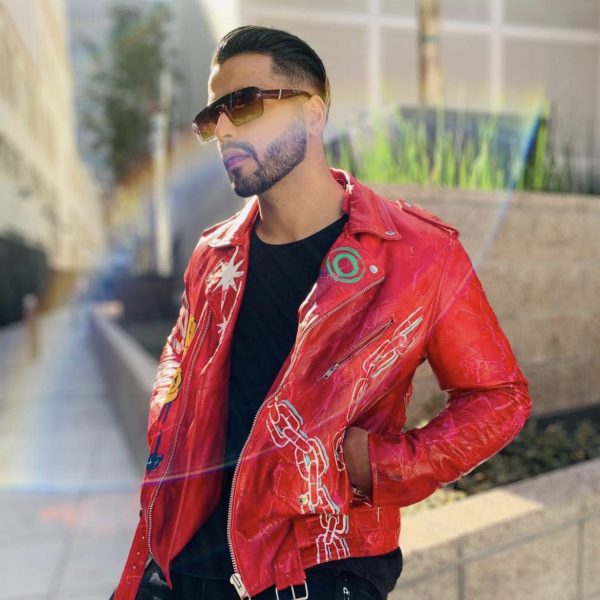 Marcel the stage name of Brazilian-Iranian pop singer, songwriter, and rapper Mohammad Roknipour, presenting today an advance and first single of his upcoming new album to be released this summer. Produced by AZ Films, the video for “Contrato” tells the story of a woman who would rather go on an adventure than sign a contract with the mob that will subdue her forever. Starring Marcel, Hollywood screen legend Tom Sizemore, and Playboy Playmate of the Year Bianca Richards.

Possessing a sweet, grainy tenor voice and streetwise-yet-romantic delivery, the pop urbanite was able to cross over from a reggaeton audience to the mainstream, thanks to infectious early singles such as “Rhumba.” Since that time, Marcel, who speaks three languages (English, Spanish, and Farsi), has been charging toward world domination with a steady stream of videos, charting singles, and collaborations with artists such as regional Mexican superstar Joss Favela, soon to be released.

Marcel’s name is a tribute to his Brazilian maternal side of the family from Rio De Janeiro. He adopted the name a few years before he started singing and gained fame in his early twenties. Born to, and raised by, an Iranian Father and Brazilian Mother in the slums of Tehran, Iran, he originally pursued football soccer as a career for eight years and was gifted enough to be scouted and placed on a Premier League Team in Costa Rica. Starting a new life in Costa Rica alone speaking a foreign language wasn’t easy. But eventually, he was able to relieve his loneliness by singing at hundreds of birthday parties, weddings, and celebrations. At age of nineteen, an unexpected injury put a stop to his professional soccer career and his intense focus switched from professional sports to music, his other true passion.

In 2017, at the age of 23, Marcel cut his first independent single, “Rhumba.” Due to its internet popularity and emergent radio airplay in the U.S and Latin America, the song gained the attention of Sony Music, where he was offered a lucrative contract that he had to respectfully decline; always determined to continue his career as an independent artist, he decided to partner up with his childhood friend & serial entrepreneur Omidrez as an Artist/Manager duo.