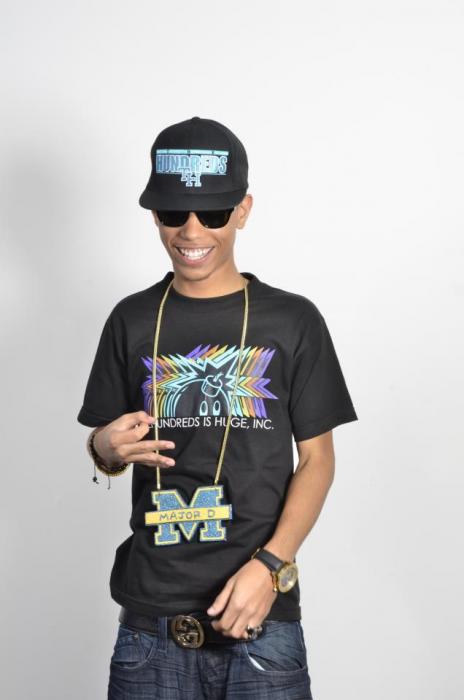 Detroit-bred, Miami-based rapper Major D-Star presents the Ball Out Boy-directed music video for his new Kidd Play-produced single “Stuck Up”. Hosted by DJ 5150 and presented by the late Slim Dunkin, I’m So Major 2 is the followup to the first volume of the ISMseries. Major has shared stages with Wiz Khalifa, Twista, Mystikal and Big Sean, and has appeared on a slew of mixtapes, among them Trap Files (listen) and Star Status (listen). I’m So Major 2 is coming soon.

1.How do you feel about the Detroit rap scene today?

I feel like the Detroit rap scene is back on the rise.

2.How do you feel about the rap scene in your current home of Miami?

I feel like the rap scene is cool in Miami. It’s very different compared to what I’m used to but I like it.

3.What statement are you aiming to make with your forthcoming album I’m So Major 2?

The statement that I am aiming to make with this I’m So Major 2 project is that I will be the youngest artist to run the game. This will be the one to put me on the map and make it clear.

4.Your recent single is named “No Fly Zone”. Detroit rapper Trick-Trick made Detroit known as a “no-fly zone” for out-of-town rappers performing in town without inviting local rappers on the bill. Is that what you’re referring to in the song?

Yuupp, some out-of-town rappers just don’t give us the credit we deserve in Detroit. We’ve set a lot of trends and show love everywhere we go. When they come to our city and don’t show any type of love or contributions whatsoever,
just taking money, that isn’t going to fly.

5.What’s your favorite lyric on your new song “Stuck Up?”

6.How would you describe your music to a person who’s never heard it?