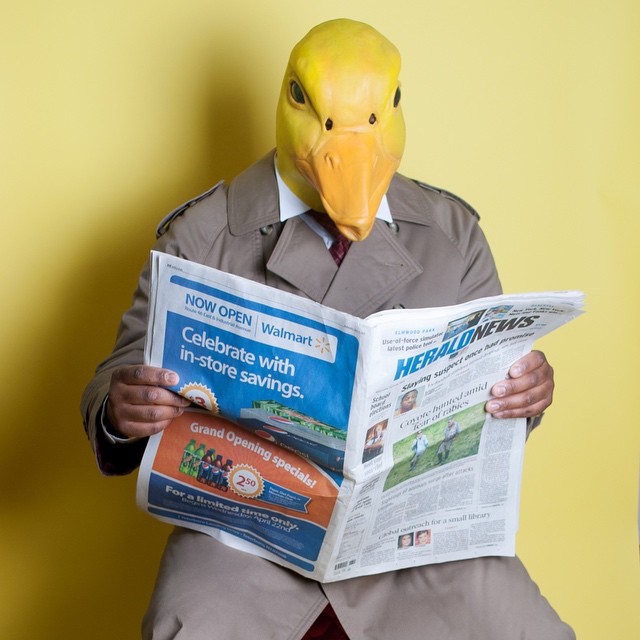 Dead Duck’s title is derived from the American idiom. SaFE thinks that real hip-hop has been declared unsuccessful and useless. The “breed of wack rappers hopping right off of the slaveship,” validates SaFE’s stance. In “Return of the Hustle,” he pleads to consumers, “never ride a d*ck, if it’s coming from a gloryhole.”

SaFE expresses his disappointment in hip-hop in “Gotta Be Magic,” saying he wished he “never wrote these words and sealed them in this envelope.” SaFE works through his frustrations and ultimately wants to come to its rescue. He says to those taking advantage of hip-hop, “If I diss them, it’s ‘cause it is her honor I’m defending.” What would be inspiration for SaFE to fulfill his dreams instead seems crippling to his will. In “Ghettoes Worldwide,” SaFE proclaims the powers that be “are scared to reveal you to your history” and are why artists “puppet out for the industry.”

Acknowledging his handicaps in this effort, SaFE says in “Dreamin’ with the Stars,” that his mouth is “duct-taped and gagged.” Still, he welcomes naysayers to doubt him, plainly daring, “If you want me to fail then let me undertake my path.” “Dreamin’ with the Stars” ultimately ends closes the album on an optimistic note, as SaFE compares himself and his artistry to something not of this world. He refers to him and his M.O.B.Star brethren as a “legion of Gods” and says he’s “never felt so powerful until [his] feet hit the ground.”

Dead Duck is a catalyst of SaFE’s brand, Duckhunters. The Duckhunter philosophy charges the participant to reclaim control over their adversities— both internal and external— and overcome them to realize their dreams. SaFE wears a duck mask to assume the role of Davey Duckhunter, as a tribute to all of the dead ducks— abandoned dreams, fruitless projects and failed goals.

With The Way Music And The Industry Is Moving Towards Pushing Singles, Mixtapes Instead Of Albums, It Was Very Refreshing To Have This Opportunity To Review The Jersey Native SaFE And The Dope New Album/Project Titled "Dead Duck". The Good Folks M.O.B.Stars Presents A DOPE And Strong Project With This One. 15 Tracks Total And Each Song Gives A Different Vibe Which Makes It Hard To Just Pick Or Choose One Song TO Just Play. Based On The 10 Plus Time I Listened To It, Our Favorite Track Was 7,2,12 In No Particular Order. This Is A Complete Project And Worth A Listen. Check It Out And Tell Us What You Think...