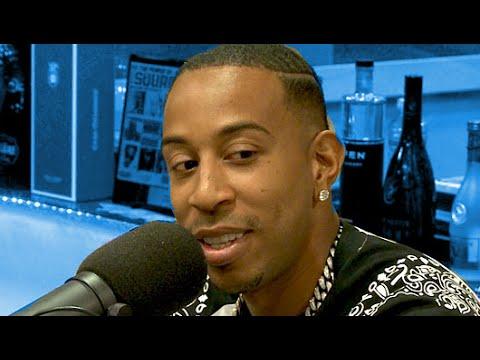 Ludacris stopped by Power 105.1 The Breakfast Club today (March 27) to address a wide range of topics, including his forthcoming album, Ludaversal, Fast & Furious 7 and collaborating with Seattle Seahawks running back Marshawn Lynch.

But before he spoke on the aforementioned subjects, Luda revealed the real reason why he and Drake had a conflict some years ago.

Charlamagne Tha God asked Luda if he has heard Drake’s song “How About Now,” in which Drake name-drops Luda.

“You know what’s crazy?” he asks the jocks. “I think there is a little bit of a true story behind that. His girl, at the time, with all due respect was probably doing a little bit more than that. It’s a true story and I think that’s why he said that.”

The Drake lyric Luda is referring to talks about how one of Drake’s previous girlfriend’s didn’t pay much attention to his music, instead she preferred to listen to the hot artist of the time, which was Ludacris.

“There was a chick in Toronto, at the time, I didn’t even know that she was…” Luda says before he’s interrupted by DJ Envy.

“I did not know,” Luda replies.

Both rappers have settled their differences since the incident.

In regards to Luda’s upcoming eighth solo studio album, Ludaversal, the ATL-based artist also mentions that he recently shot a music video with Seahawks’ running back Marshawn Lynch for a song off his album called “Beast Mode.”

“I met this dude for the first time and it felt like I’ve known him for all of my life,” Luda says. “I have a new friend. This is another guy that inspires me. The same way he’s mowing down people on the field, that’s how I feel I do in the rap game.”

Watch the full interview below: