Louis Goldwater & The Golden Age Collective Presents: “To Whom It May Concern” 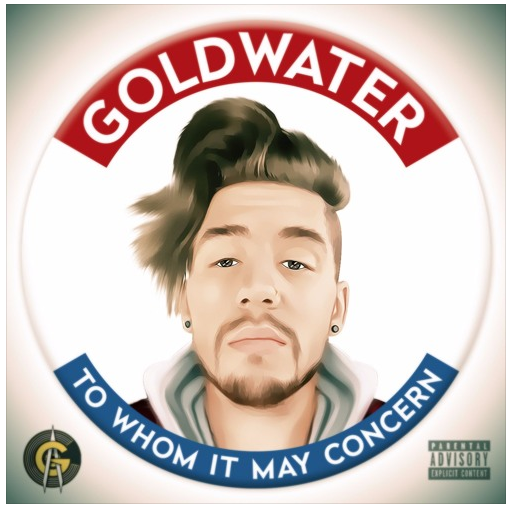 “Louis Goldwater fortifies a heavy-handed dose of 13 tracks that will make you wonder when the next album release will be. “To Whom It May Concern” is a full-fledged LP with dynamic fluctuations between songs that gravitates a variety of multi-faceted styles embedded into the collective hip-hop sound. The album plays like a storyboard that links each track together as a feature picture and every piece fits into a complex enigma of artistry. This album imposes heavy samples right off the bat with slamming breaks that will be sure to knock out your stereo deck. “To Whom It May Concern” is not something that you will catch in your mainstream playlist, but definitely something original that hip-hop has been lacking and NEEDS. The album is simply original in a way that utilizes old school sampling techniques coupled classic synth chord progressions to create cohesive, novel sound. All the synths are lush and will fill up your headphones without an inch of headroom to spare.

The flow patterns, melodies and deliveries each artist possessed on the tracks were extremely innovative and created exciting dynamics as the album progressed. Goldwater is a lyrical wordsmith and almost all the bars he spits on the microphone become fire when infused with his pristine production-style. I really liked the analogue warmth of the samples on the album and it brings it back to the Golden Age of hip-hop where saturation from analogue tape and outboard gear were prevalent. It has a nice gritty lofi sound to it that really sets the precedent to the new age sound while paying respect to the inherent frequencies that made hip-hop music prominent. The production on the album was great as well with excellent utilization of panning, delay effects, and reverb. The snaps on the snares and percussion were amazing as well – the breaks hit perfectly with the bass lines and vocals. I can tell Goldwater takes a lot of time perfecting his music and will not release anything without making sure all his levels, compression and EQ’s are on point. It takes a lot for an artist to put in that kind of commitment but it is definitely apparent with how carefully orchestrated the album panned out in the final product. This differentiates the amateurs from the pros in terms of licensed sound that most indy artists overlook. Check out Goldwater ‘s new LP in stores now on multiple music platforms (digital and tangible)- if you want to hear renowned pioneering and conscious hip-hop music that is pushing this genre back in the right direction! “