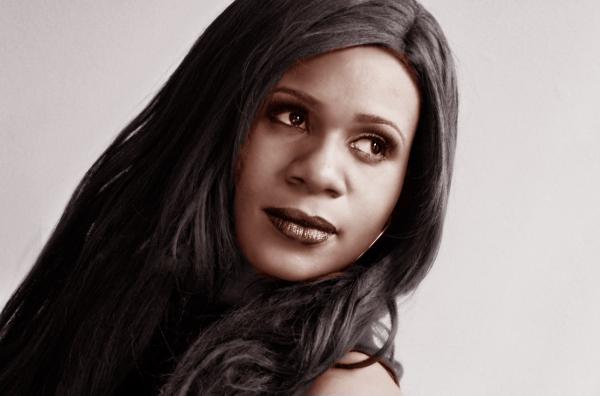 Lachi is a multigenre singer-songwriter, performing artist and author specializing in Pop/R&B hits with empowering lyrics! Lachi will be releasing her latest EP, “The Boss EP,” which is a mix of Pop, R&B, Dance/EDM, on June 23 through Trend Def / Sony Music Distribution.

The records on this EP have already seen some major placements of the single track, “Boss” on Bad Girls Club’s Reunion Season.

Lachi will follow up the EP release with an release show/party at the renowned Mercury Lounge in New York’s Lower East Side with opening act Jprizm and a special showcasing of the new music collaboration platform, Mixluv.

From catchy urban, pop and rock music to tech-collaborations and published novels, Lachi showcases female strength and prowess as she continues to rollout high-quality content. Be sure to pick up a copy of Lachi’s Boss EP on June 23rd and see why Oprah Radio deems her, “The real deal!”

Music has always been a form of prayer and social release. It’s not only a way for me to express myself and message in a way listeners can relate to, but my music is a way for other people to express themselves as well. To see that, to see others relate to the songs and use it to motivate themselves and their situation….that’s one of my greatest motivators! I’m also motivated by my mother! She’s one of the strongest women I know and just keeps doing her thing!

A lot of people don’t associate ‘classy’ with ‘hip hop.’…though they really should, most of the best and latest fashion and lingo trends comes out of the urban scene. When I look at Vintage Media Group, I see classy and hip hop in the same space, which I feel is a very elegant and under-emphasized marriage. Hip Hop is not all about poorly Photoshopped fake chains and big booties, it’s about a community trying to spread a message, a culture, and I feel VMG does that in a classy way.

New York City has a very vibrant underground hip hop and R&B scene. Some of the higher class venues had been steering away from hosting urban music and fashion events due to the stigma, but a lot of rappers and artists are putting full bands together and bringing in people that would only normally go to Rock shows, making for some really dope NYC events. As for me, I don’t really have a genre. I’ve done jazz, rock, pop, R&B. My current release is a mix of pop, R&B and hint of EDM.

4) With your most recent single “Boss” which is the name for the EP, can you give us some details on how you came up with that song?

For me, like I’m guessing with everyone, I’ve struggled with confidence issues, feeling ‘some type of way’ a lot, thinking people are looking down. You go through it at work; you go through it at school; you go through it with your best friends. The song, “Boss” is more about, being a boss of yourself. Owning who you are and not letting outside ‘mess’ steer you from taking the belt. I co-wrote it with songwriter Nick Nittoli from Bravo’s Platinum Hit and Mike Gonsolin of Trend Def Studios.

Supporters can find me online at www.lachimusic.com and on Facebook at www.facebook.com/lachimusic. I’m on Twitter and Instagram at @ulachi and on Soundcloud.com/lachi. The Boss EP will be in all online stores, iTunes, Google Play, Spotify etc on June 23. I also dabble in writing, so check out updates on my upcoming novel at mlachi.com.

I’m a singer-songwriter that loves to combine the angst of the Rock genre with the balls of the Urban and Dance genres while still having a message. That being said, I’d say two of my favorites who do this as well are Pink and Sia.

A shout out to Nick and Mike! Check out the rest of the Trend Def fam at trenddef.com!
For all my NYC Metro peeps, I’ll be having an EP release show on Sunday June 28 at 6:30pm at the Mercury Lounge on the Lower East Side with special guest, Boston lyrical nerd genius, Jprizm!
I want to thank VMG for having me on here. Definitely a pleasure! And a huge shout out and thank you to my fans, my fam, my supporters, my friends, and those who just keep rootin Lachi. It’s a gratitude beyond words.Thank y’all.