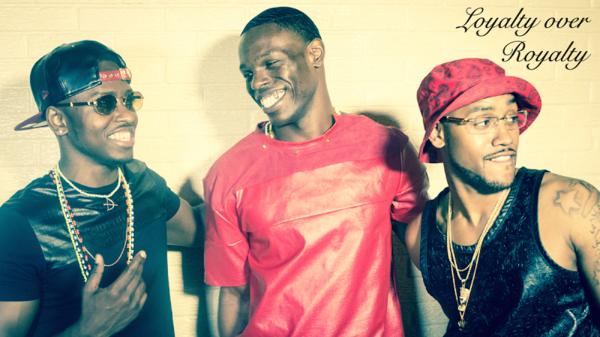 LOR (Loyalty Over Royalty) – The Uprising of the Kings LOR is a brotherhood of creative and righteous individuals with the goal and purpose to influence the community through there artistic talents. Centered around the Virtues of Maat, the principles of mind body and soul, and the empowerment to believe and be a leader and embrace and create your kingdom of life. Both Ejike and Narada are Dallas natives along with Gunwa as honorary member as executive producer (and King). Ejike “The Black Zorro” aka the professor aka The Dark Night aka El Bueno Moreno.• Descendent of the Kush Dynasty from the OG tribe • Born: 11 gold bricks 5 full cut diamonds made on the 3rd day. • Influences were Andre 3000, New Kids on the Block, Missy Elliot and Timberland and Magoo, Dru Hill, Notorious BIG, Kanye West, contemporary classical music Narada “Trill Collins” aka the Beat Pal Bear aka King Ra aka New Egyptian• Descendent of the Kush Dynasty from the OG Tr