Kyrie Irving Is Not Happy In Cleveland 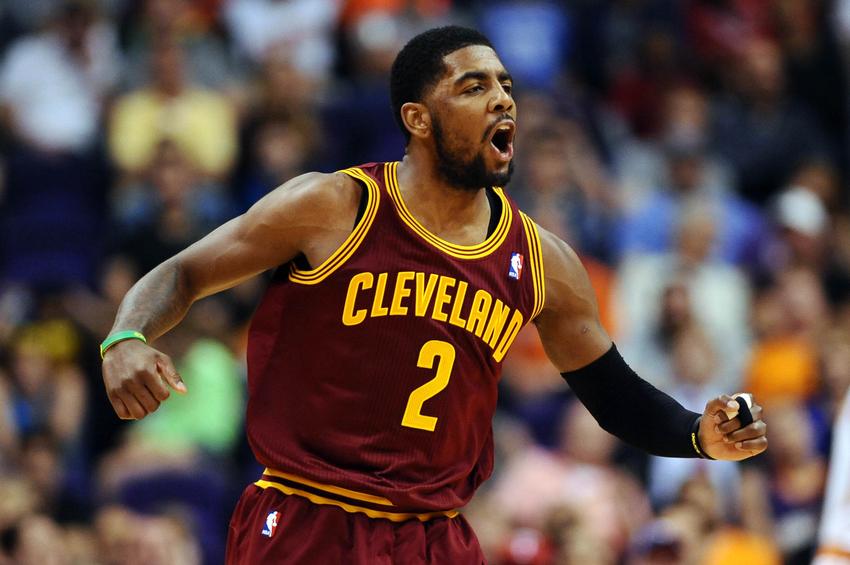 Apparently, the three-way marriage between Kyrie Irving, LeBron James and Kevin Love still isn’t blissful. According to Stephen A. Smith on First Take this morning, Irving has been wanting out from the Cleveland Cavaliers for a while.

From Fansided (via Stephen A. Smith):

“Dating back to last year, I’ve been told that Kyrie Irving ain’t too happy being in Cleveland,” Smith stated on First Take this morning. “The situation is not ideal for him. I don’t know the particulars, I haven’t spoken to him personally. It’s something that I’ve been hearing for months; that under ideal circumstances he would prefer to be someplace other than Cleveland.”

While James and Irving contrast in basketball playing styles, it would appear Irving would be buying into James’s championship way. But apparently, that hasn’t been the case.

“He has clashed with LeBron James on numerous occasions, dating back to last year when following a blowout loss he was called out by LeBron for not passing. That’s been a major problem for Irving, as his assist totals have never been great, and it’s starting to affect the offense in Cleveland. He’s also defensively challenged, which has been an issue that has shown no signs of changing.”