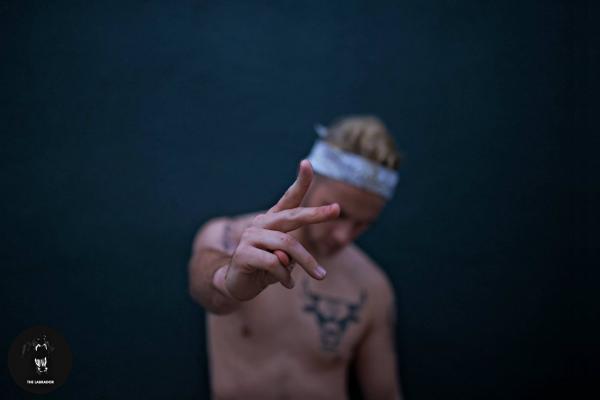 1. What keeps you motivated when it comes to your music?

I think overall the main motivation is getting to a point where I’m comfortable with where I’m at as a person, as well as a musician. With that being said, I don’t really see myself ever getting to that point which makes that motivation never ending in nature. I don’t look at that as a negative though because that just means that I’m going to continue to progress and grow personally and musically. That and keeping a roof over me and my dogs head.

2. When you think of “Vintage Media Group”, what comes to mind?

I think VMG is dope. Always has a good combination of numerous parts of the culture that make up the world we are lucky enough to be living in. The attention span of the world now is so short now that diversifying to satisfy the need to limit lingering eyes and focus on whats in front of them is a necessity. So instead of a blog strictly about posting music or sneakers, etc. Putting them all into one place eliminates the need to go anywhere else.

3. Being that you are from the Bay Area, but is based in Los Angeles what is the state of Hip-Hop there? How would you titled your style of music?

Well the state of hip hop in the Bay is as good as ever. HBK, Kehlani, and the older legends like Nickatina, J. Stalin, Husalah, E40 etc. stay putting out a ridiculous amount of music which is never a bad thing. What was great about growing up there was being around such a unique sound that besides maybe the exception of Kansas City isn’t heard outside of the city limits. I was starting middle school when the Hyphy movement took off and it was crazy. So many talented ass artists up North its crazy. I can’t really say I have a name for my genre but if I had to come up with one for my first two releases, I’d probably say something like Future Bounce or Neo Rap haha idk man.

4. With your most recent single “Oatherii / Reassurance” is Crazy DOPE, can you give us some details on how you came up with that song?

The main idea behind was to speak to that feeling you get when you’re sitting in traffic on a Friday after you get off and all you can think about is “I literally can’t wait to black out or just go nuts”. It’s just a fun record that I figured people would enjoy bumping that same Friday when they had finally got home, just reassuring themselves that this life we live isn’t so bad after all.

6. Who are some of your influences?

There’s too many to try and put into that answer but my favorite era of music is late 90s, early 00s Neo Soul/Soulquarian era. My three favorite artists of all time are Three Stacks, D’Angelo, and Erykah Badu but I get a lot of influence from other areas like funk and soul. I just have always been drawn to the funk, the stuff that makes it difficult not to at least tap a foot. Rap wise I’ve always looked up to rappers who have diversified their portfolio, like Three Stacks, Kendrick, Chance, Mos, etc. There’s so many unreal rappers to walk this earth you gotta respect them but I’ve grown bored of just bars over simple production. When melodies, pitch swings and what not are incorporated it gives the music more color and acts an extra instrument almost. That being said Jay, Nas, Method Man, Freddie Gibbs, etc. All those dudes are partially responsible for my decision to do this music thing all the way through.