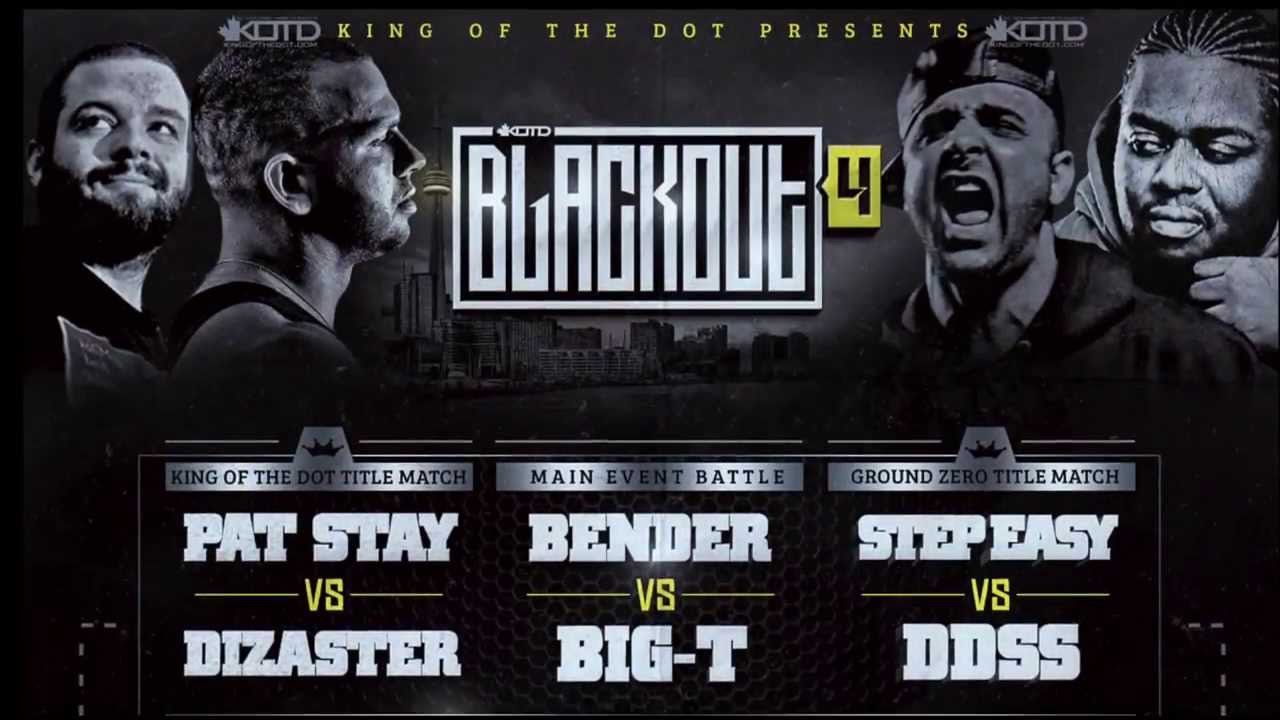 By all accounts, Blackout 4 is the best lineup of battles King of the Dot has ever put together. We’re not exaggerating when we say the two-day battle rap event, whose previous incarnations have drawn such hip-hop luminaries as Drake, Maestro Fresh Wes and Wu-Tang Clan’s Raekwon as crowd members, has potential to be the best of all time. The card features more than 30 MCs at the top of their game, including a title match between two of KOTD’s most popular heavyweights: Pat Stay and Dizaster. But there’s a catch. Ahead of the event, KOTD is only announcing the battlers and not the matchups. Other than the main events, the crowd won’t know which MCs are facing off against each other until they take the stage. The unprecedented move has changed the pre-event speculation from “which battler will win?” to “which battlers will face off?” It’s a gambit, but one that intends to infuse some innovation in a culture that has become largely homogenized.

Find out who will face off live on January 24/25 or tune into the Pay-Per-View at KOTDTV.com!. Members of the media are also invited to a press conference on Thursday, January 23 at 7:00 p.m. at Aria Nighclub, 108 Peter St (at Adelaide), Toronto, ON.