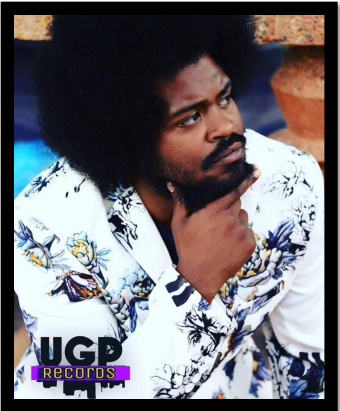 Tony Anhtuan “King Mushu” Mai is of African American and Asian descent. He is the
founder and CEO of Under Ground Paradise Records where he contributes as an artist as
well as director for his own personal ambitions while also helping other artists pursue their
dreams. He was born on May 30th, 1991 in Vancouver, MA. Born under the Gemini sign
he learned at an early age to be versatile and the ability to overcome any obstacle he
has faced.

Early on Tony’s mother left him in the care of his grandmother to find a better way as a
single mother trying to provide for her young son. At the age of 15, his grandmother found
him to be too tenacious and sent him to live with his mother in Baltimore, Maryland. He
was not a problem child by any means just a young man trying to find his way in the
world. Growing up with a distant father proved harder than he let on at times. There
were times in his life when the next meal was not promised to him and the close-knit
group of young teens, he 1 surrounded himself with. Tony being the problem solver he
was devised a plan to feed his family and his neighborhood kids. Even if it was not in
the best way nor most legal, he never wanted to see those around him struggle or starve.
Not much has changed for this young man.

Tony Mai began to explore the world of music thanks to a strong bond he shared with a
young man by the name of David Murph. While serving their country they found a mutual
passion for creating upbeat music to pass the time as well as boost the morale of their
brothers. One night at a house party he was given the name “Mushu” by a young lady
named Ashlie due to the persona from a very popular Disney movie. A name that she
had no idea was more than fitting for this young man at the time. It turns out young Tony
had always had a connection to the Chinese dragon. From a young age, people had
spoken of how he reminded them of a dragon. He was smart, ambitious, fierce, and
always seemed to be on the right side of luck. King Mushu even recalls seeing dragons in
the clouds during many thunderstorms as a child.

King Mushu did not start off with the easiest of careers. Once being compared to “50
Tyson” is an artist he didn’t feel he shared many similarities with. Even though he struggled in
the beginning he still practiced regularly to not embarrass his friend on songs that they
recorded and occasionally performed together. After being honorably discharged from
the military he began to take his passion for music much more seriously. He relocated
from the base he was stationed in El Paso, Texas back to his home in Baltimore. When
returning home, he was distraught and lost, so he turned to the one thing he felt that made him feel a sense of normalcy: music.

Surrounded by a great group of friends back home he has dubbed the title “King” due to the fact he had been fighting and overcoming adversities all his life. Thus “King Mushu” was born.
In the late summer of 2015, King Mushu traveled to New York City and failed to be signed to
Roc Nation. This only fueled him more to find a place in the music industry and to find a
home for himself as an artist. He then founded Under Ground Paradise Records and

began to really develop himself as an artist. Since then, he has had many
accomplishments which include performing on stages in Las Vegas, El Paso, Annapolis,
and some local performances in Portland. He has since released an album named “The
Rise of King Mushu”, which is part one of a trilogy project. He has tens of thousands of
listeners that tune in to him on the many streaming platforms that he is listed on,
specifically Spotify. Even though music and business are his main passions he also has a
huge soft spot for philanthropic work. King Mushu started and completed a clean
water donation project through his label for Flint, M in 2016. He has said multiple times,
“The idea is to give back as much as possible to the people in need.”

King Mushu can often be heard saying that his major inspirations are some of the most
intricate artists ranging from Jay-Z to Andre 3000, J. Cole, Cyhi Da Prince, and Kendrick
Lamar. His motivation for music is to simply open up the consciousness of his listeners and
liberate melanated people from the mental slavery they endure daily. Noticing
the suffering and mental anguish of his people most of his songs are based on this core
value. He knows that he cannot do it all by himself but he enjoys offering a voice to be
heard and hopes to also aid in the relief of the pain that a great song can bring to the
soul. He is well versed in a multitude of different genres, whether it be rap, R&B, or even
pop. He enjoys telling a good story or even boasting about his talents as 2 a rapper. King
Mushu hopes to continue his career and says this is just the beginning of his journey, STAY
TUNED.