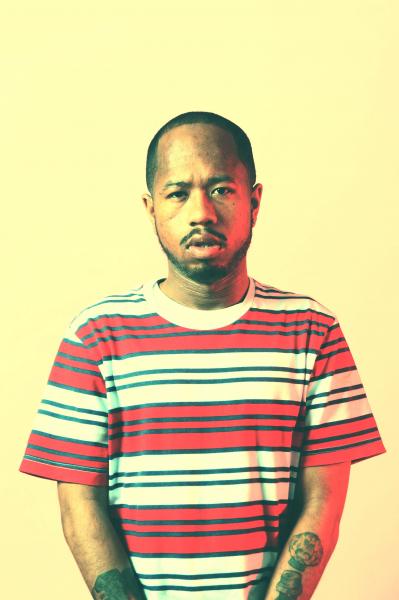 Los Angeles rapper the Ki presents the Brian Aguilar-directed music video for “Librarian Girl”, the new Flash Academy-produced single from his forthcoming EP Missing Assignments, dropping early 2015. The Ki’s last video release was “Like Century & Crenshaw”, directed by Jason Madison, best known for his direction work for Dom Kennedy. Regarding “Librarian Girl” The Ki says “Though I’m sure it will go over people’s head, the song is just about a girl I’ve chosen to mess around with but being very low key and quiet about it – so quiet as if we were doing it in a ‘library’.” Following Missing Assignments, The Ki plans to release a full-length mixtape titled School’s Out Forever.

How did you get started rapping? How long have you been rapping for?

I remember I had a job at a corporate office, sitting in my cubicle feeling trapped in a way. When people call me crazy today, I don’t deny it. I was making pretty decent money at that time for a person my age but all I could think about was what it would be like to have my own MTV Diary episode. My homie C-San started rapping around this time and I remember being very supportive of that. I used to go to Fairfax, by all those stores, and pass out his mixtapes with him, with the energy as if it was my own mixtape. Then that job I had ended in 2009 due to layoffs and it was hard for me to get another job, so I collected my unemployment and pursued rapping. I sucked at first, and I had to learn all the lil politics of the game too. I put out my first video, “Like Century & Crenshaw”, in 2011.

What’s behind the meaning of the name of your upcoming EP Missing Assignments? Who’s involved with the record?


Honestly, there are various meanings behind it, but on the face of it this EP is just like a prelude to the project following it, School’s Out Forever. See where I’m going with it? SOF is all about finding yourself in this school of life. I remember a time in middle school when I was absent a lot due to illness, and my teachers would give me all the assignments I missed in order to pass those classes. Right now it’s all me on the EP, with Flash Academy on the production. I originally wanted SOF to have more of an emphasis on features than the EP, but right now I am fighting for a dope guest spot to appear on a remix to “Librarian Girl”. I gotta get my shit up. We’ll see.

What’s the first rap song you ever heard? Do you remember the moment?

What do you think the old school and new school generations of rap can learn from each other?

I feel like in the old days it was like you needed to sign a record deal in order to be successful or a real rapper or something. With all the resources we have today, I think it’s quite obvious you don’t need a label – the label needs the artists. Sure, they can make it easier to get your songs on the radio but there are ways around that too, and what if you’re not looking for a radio fan base? I look at Cudi, who I rarely hear on the radio, but has a fan base larger than some artists I do hear on the radio. Even compare it to the NBA – the power is in the players. LeBron can jump from organization to organization, keep the same fan base and even attract more fans in the process! That’s the music industry too. We don’t need the organizations, they need us.

Elevating. More of everything. More music, more quality, more fans, more shows, more videos. More love and thus, more hate. The “Librarian Girl” video was not only meant to scare you from the story aspect, but from what is to come from me. Look at my eyes at the ending of the video. I am focused and I am obsessed with being focused.