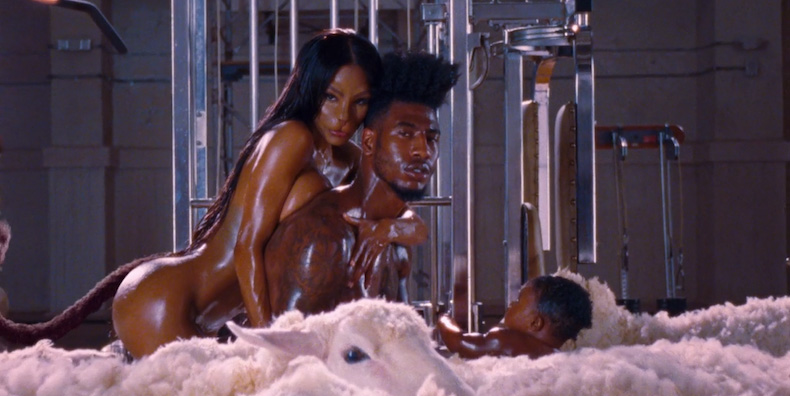 During the 2016 MTV VMAs, Kanye West was given “four minutes to do whatever he wants.”

After a brief “speech” in which he name-checked Taylor Swift, Donald Trump, Anna Wintour, Ray J, Beyoncé, Chance The Rapper, me, you, your momma and your cousin too, he unveiled the next video fromThe Life Of Pablo: “Fade.”

Absent from the actual clip, G.O.O.D. Music signee Teyana Taylor instead is in the driver’s seat, channeling Flashdance while dancing seductively (and scantily-clad) in a gym throughout the video. Then things get kinda weird/sexy/oddball when her spouse, Iman Shumpert of the Cleveland Cavaliers, joins in on the fun.