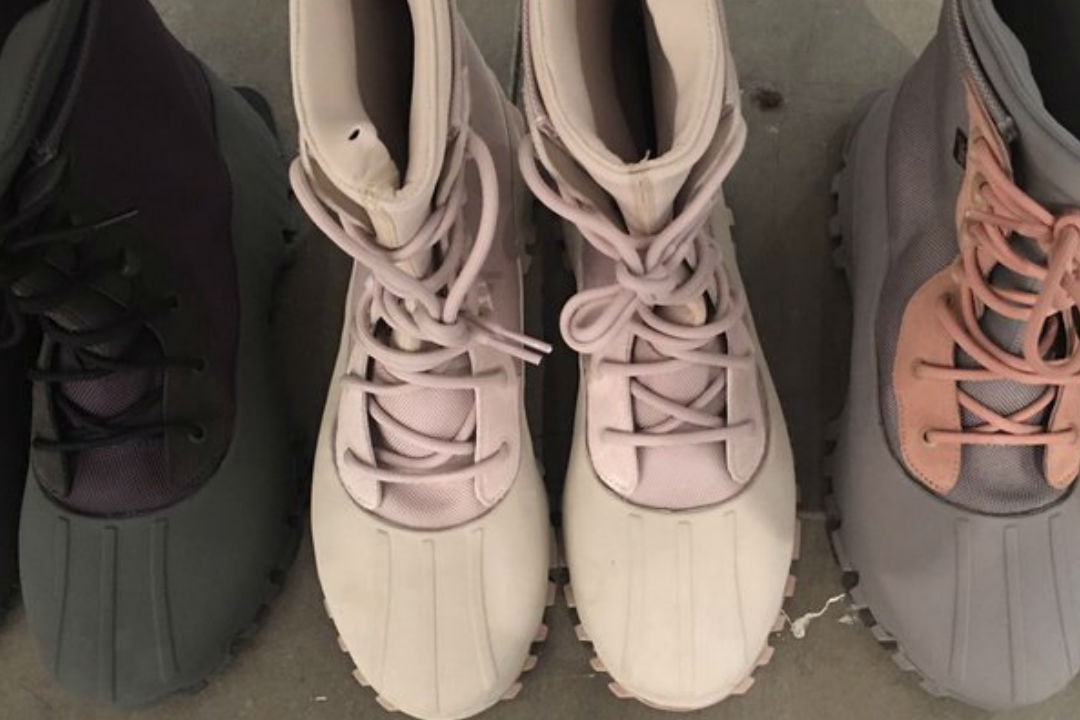 Late last night, Kanye West took to Twitter to unveil a preview to his upcoming Yeezy Season 3 collection in form of a low-res and cryptic video. The visual, which gave little to no information on the collection, left many people scratching their hands and wondering on the next time ‘Ye would tease fans with a sneak peep of the collection. With the buzz at all-time high, the G.O.O.D. Music rapper decided to give the people what they want and just a few minutes ago, unveiled more goodies that will be seen at this month’s Yeezy Season 3 revealing.

In a series of tweets, the Yeezus rapper gives his followers a detailed and close look at the garments and footwear from his forthcoming collection. With one of the images displaying an all white Adidas Yeezy Boost 350, Kanye goes on to tease another colorway of the 350 in a volt iteration. The next set of Kanye tests highlight the knitted and fitted garments that more than likely are part of his Season 3. One of the images however, that has left many people commenting on social media is the photo of the Yeezy Boots 1050, a never before seen boot that may in fact be part of the next batch of footwear from ‘Ye.

Kanye West’s Yeezy Season 3 collection will be unveiled this Thursday, Feb. 11, at Madison Square Garden. The show will be streamed at select movie theaters around the globe starting at 4 P.M. Eastern.