Kamron Bahani Comes Out With His latest album “Thy Fear, Thy Fall, Thy Succeed“

Kamron Bahani Comes Out With His latest album “Thy Fear, Thy Fall, Thy Succeed“ 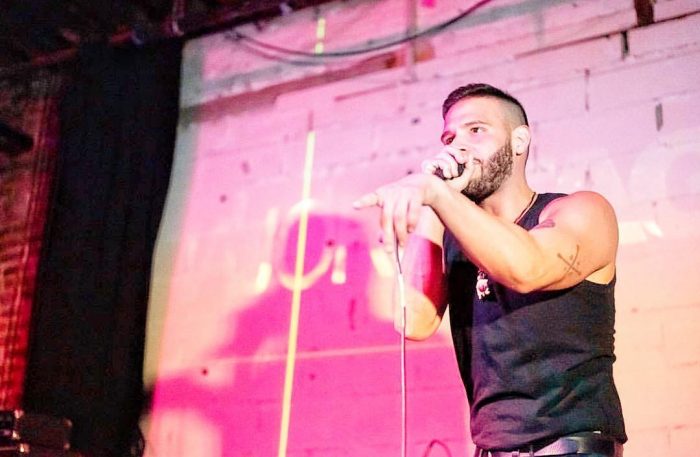 Kamron Bahani is a hip-hop artist out of Manhattan, NY. His style is reminiscent of the boom-bap era conjoined with a contemporary twist. His inspirations draw from sound more than anything; as a child, he was never opposed to any form of music. Every shade and color of sound created a different sense of Nostalgia. In a recent interview with Dead End Hip Hop, Bahani states, “Honestly, musicians have to have a palette that can transmogrify one flavor into a multitude of them.”

From ages one to five, Kamron lived in Huntsville, Alabama; this is where his inclinations from music blossomed. “I remember just being around an amalgam of music and for that moment in time, I realized that it’s, in essence, a universal truth. For one moment, whether it’s a nanosecond, or an hour, people are complacent to the music. It’s humanity’s purest drug.”

His sound is a dynamic of brash, raw, authentic wordplay that will leave the listener with intrigue. Bahani is vehement with his craft, he’s always creating, hoping to inspire.

His latest album “Thy Fear, Thy Fall, Thy Succeed has reached a larger demographic than his previous efforts. Though he is a lyricist at heart, he wanted to delve into a more subversive form of artistry. Inspired by old-school hip hop, he has a blend of lyrical acrobatics with a smack you in the face energy. His latest album is being extolled as a new artistic emergence for Bahani. Listen on his page & keep your eyes on him, before you know it, he’ll be gone.