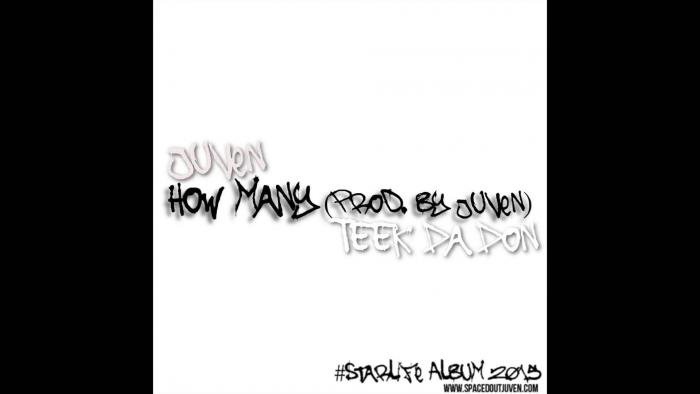 Juven is releasing a new album titled “StarLife” due out in 2015. “How Many” is his new single and features long time collaborator Teek Da Don. The duo created this track with a Trap-Beat but displays different content other than drug references most commonly known in these type of beats. The song is metaphorical and speaking about rappers in general. This song is about killing the competition. Teek Da Don leads the way with the first verse and Juven follows with the second verse. The two Emcees also share the chorus on this song. Production was handled by Juven himself giving the feel of a Lex Luger/Shawty Redd type beat. Download exclusively at Juven’s website www.spacedoutjuven.com
FYI Juven posted a pic with MTV’s Sway on his Instagram @OfficialJuven. Juven didn’t indicate if there has been something established between the two, but it’s definitely something to be known.