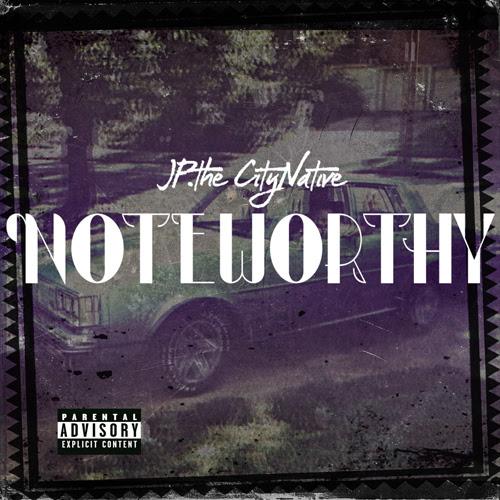 The Midwest emcee unleashes his long-awaited free project via SoundCloud. The 7-track EP is a experimental experience that boasts complex yet, straight forward lyrical content that touches on topics such as growth, hardship, freedom, itinerancy, the state of being tranquil, overcoming obstacles and having a swanky sense of etiquette. The project also includes a diverse effort from guest appearances such as buzzmaker Gee Watts, Alternative Rock and former Warner Bros vocalist Dillon DeVoe, onetime Universal Music Group affiliate Ron Ron, as well as singer/songwriters Kara Doyle and Nicolette Paige, with production help from KJSbeats, Smartalec, Corbett, Alex Issak, and Graham Fasbinder. All in all Noteworthy is the tale of a poet reflecting counterculture values from an urban aspect while coming to terms of enlightenment through gnosis.