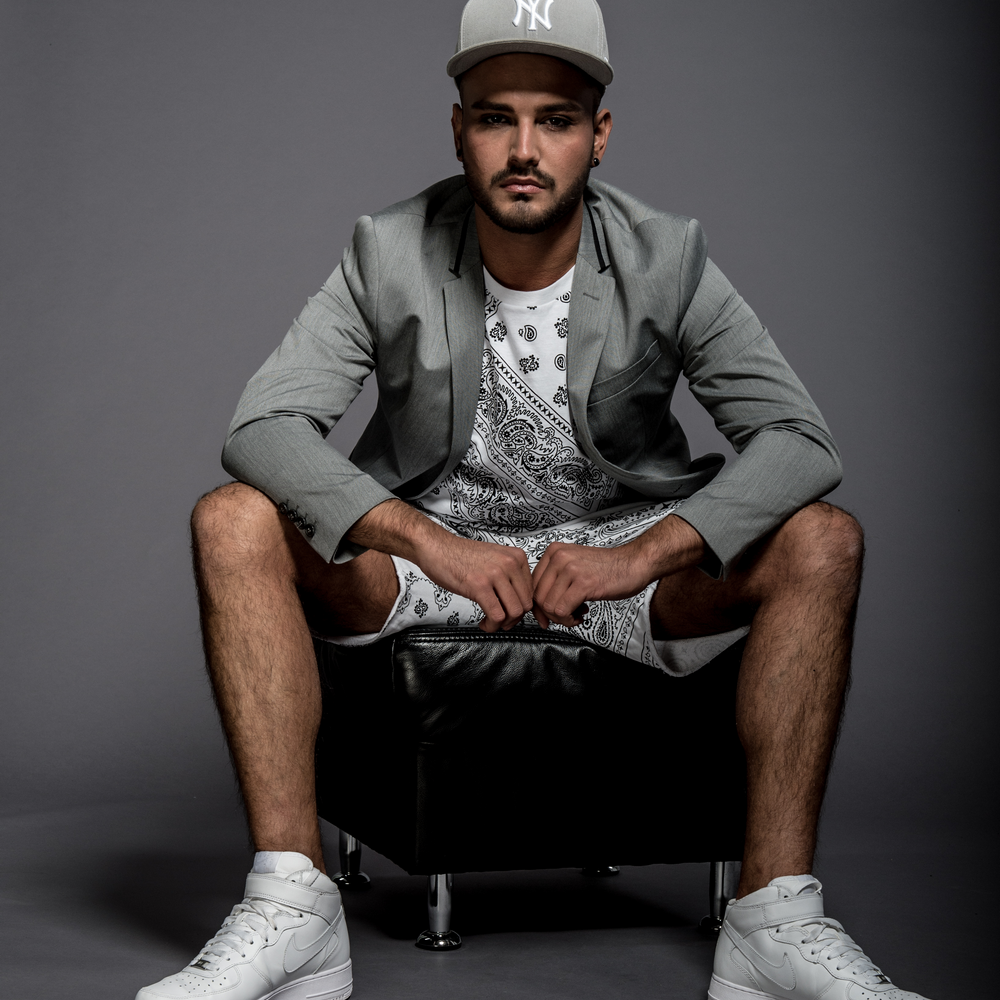 Shootingstar Jordan Freewood is pleased to announce the release of his new track, SOS EMERGENCY which will be online and in stores along with its video by 18th of January, 2016. The much anticipated single “SOS EMERGENCY”, featuring rapper Michael Ameer (Poetry´N´Motion) is executive produced by Steve Erinle of Fat Vibes Music and powered by associate & voting member of the Grammy Recording Academy® -Güney Durmus- from DjMp3Promotion.

Born and raised in Germany under the name Jordan Freiwald, and growing up in a very musical family, being that his mother sings and his father plays the guitar, Jordan basically inherited the talent to sing from his mother and he was exposed in the very early stages of his childhood, to artist and bands like Gap Band, Earth Wind and Fire, Marvin Gaye, Kool and the Gang, Prince, Michael Jackson, SOS Band just to name a few.

Jordan met up with his present producer Steve Erinle of Fat Vibes Music, who realized the potential of this young and raw talent. Steve Erinle who has worked with the best of the best in the recording industry was not only impressed about Jordan‘s talent and passion for music, but also his work ethic and the fact that they both shared the same music taste and views regard styling and image.

Though Jordan first attained fame in 2014, when he released his first single, titled “Run Away”, which was released on the label Fat Vibes Music. This single had a style which could be described as a blend of 2 step and Pop RnB. The video to the single Run Away was supported and powered by a German based Music station called IM1 Music TV. He later received media attention in 2015 when he released his second single called “I Love You”, which was promoted 6 weeks long on Deluxe Music TV and is currently being powered by Antenne Radio in Frankfurt, Kaiserslautern and soon extended on all the other Antenne Radio stations.

The producer and Fat Vibes Music are very confident that with Jordan Freewood’s talent, vocal skills, work ethic, bundled in a good boy character, he has a very good chance in becoming successful in the music industry, and Jordan never let them down with the release of this much anticipated single “SOS EMERGENCY”.

1: Compared to your previous releases, what motivated you to do the song SOS Emergency?

Well my producer and myself where recording a couple of songs and where pretty much influenced by the horrific flood of terror activities and victims of war zones that where hitting the News on mass media as well as the postings of videos of police brutality that where floating around on social media platforms. It was very disturbing and depressing and was quite difficult for us to concentrate on writing a happy party track. So we decided to put our feelings on paper lyrically. The song is a pure reflection the world activities of how we felt when we produced it. It time we find a better way to get along with each other, regardless race, religion or cultural background. We need more peacemakers.

2: How did you get to meet your producer Steve Erinle

Well we where introduced through a Freind of my father who knew Steve Erinle,and since i was looking for a producer who could produce the Pop RnB i so much longed for, it wasn’t much of a coincidence, since in Germany there are not to many producers producing this type of music.
3: What made you decide to do English Pop RnB Music, since you are of German Origin, one would expect you to sing in German.

Well ever since i was very young, i had always sung to music that i heard, which was basically what my parents played all day. They listened to Kool and the Gang, Earth Wind and Fire, Michael Jackson and so on, and this really influenced me and it’s really feels more natural to me to sing soulful RnB Music in English.

4: What are your plans for the future?

To release as much good quality music with video, my producer and myself are also working on various features and collaboration possibilities with Managements and Booking agencies.

5: Are you ready to go on tour

Actually we are working on a show right now and I’m so eager and excited to hit the road, nothing is for me more fulfilling than to interact with my fans and give them a show they will remember months after seeing it. All i can say is when the tour dates get announced, it’s going to be one hell of a show.