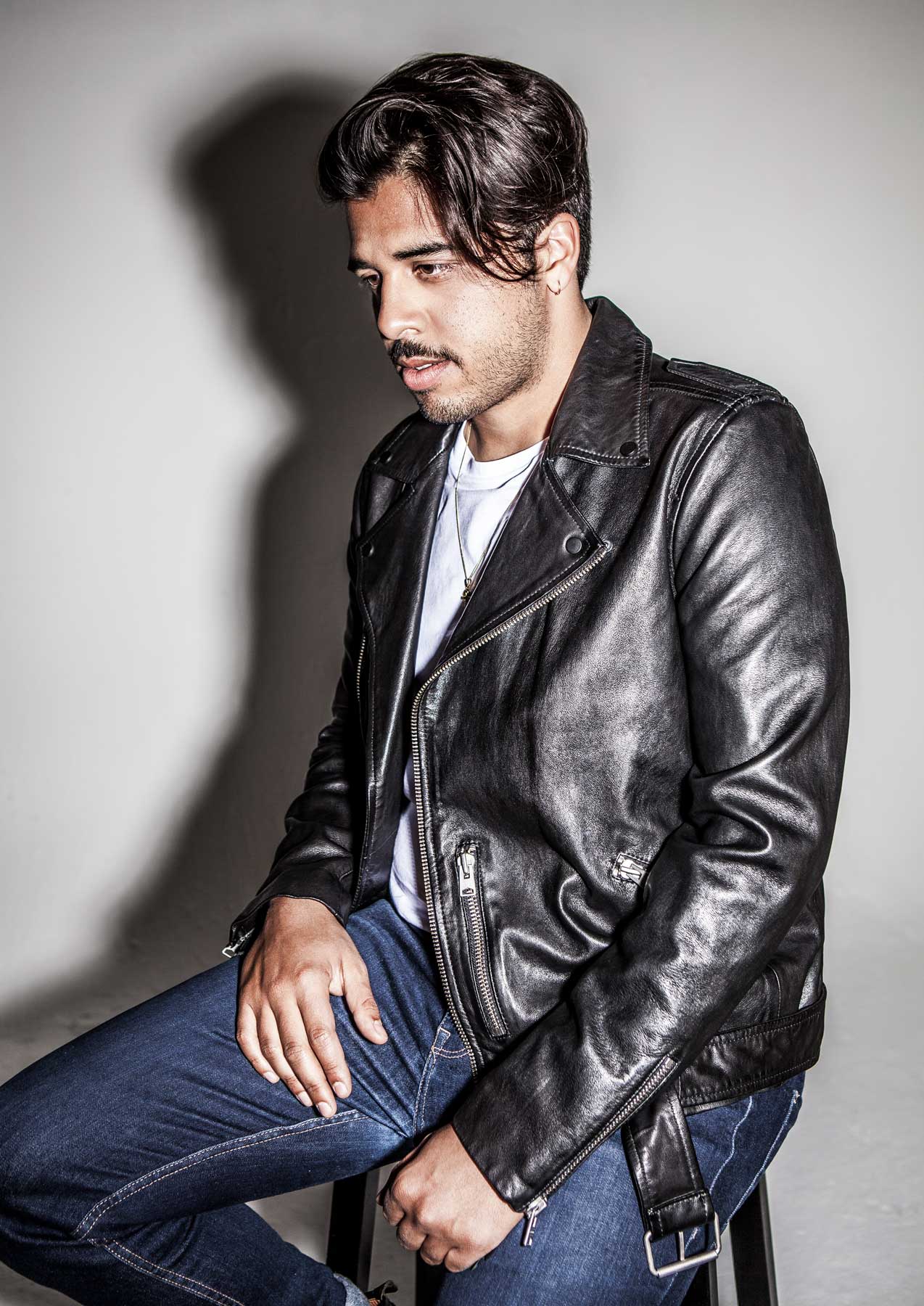 1. How long have you been creating music?

Music has always been important to me, like a lighthouse in the middle of the ocean. At the age of 13, I started my first experiences with some friends creating music, in that period I was studying electric guitar at the “music school” in my town (Correggio) in Italy. My main influences in this artistic phase were classic international rock bands as (Beatles, Rolling Stones, The Who…) and also more recent Brit Pop bands as (Oasis, Arctic Monkeys, Kasabian, Radiohead). At the age of 15, I created my first own songs and iI refined my compositions over the years. I write melodies and lyrics every day.

2. Breakdown your style and sound?

All my songs, in general, were born from a simple acoustic guitar and my voice. I transcribed all my feelings and moods in music and lyrics with the aim to obtain in some cases a medicine that could help me on a moral and psychological level in others to enhance my positivity. These different sounds that you can hear in the final work are determined by my listenings, my feelings and arrangements made in collaboration with amazing musicians: (Gus Robertson (Razorlight), Javier Weyler (Stereophonics), Michael Boddy (Bryan Ferry & Roxy Music), Paddy Milner (Todd Sharpville, Tom Jones) and Yaron Stavi (Richard Galliano, Robert Wyatt, David Gilmour)) under the very important and decisive supervision of the Great Phil Manzanera (Roxy Music, David Gilmour, David Byrne, Brian Eno…) as my Producer. In “Port Louis” we looked for a scratchy but elegant Sound of the classic rock on the guitars. The synthesizers and the Hammond organ provide some vintage sounds. Rock ‘n’ roll with colored and synthetic variations. American and British influences live together, from Southern Rock to the British “Indie – PopRock” and Soul Ballads. The Lyrics are about Love, Home, the Future and other important topics for me as Life, Family, Friendship and Loneliness.

3. How has your environment effected the type of music that you create?

The Town from which I come from “Correggio” and all the personal social situations as “family”, “Love”, “Life” and the society around me all that has affected my artistic creations a lot. Also, the years that I spent in London recording the songs in solitude away from my Family, love, and home gave a lot to my music and to myself as a Human Being and Artist. From the USA I have always had a very suggestive image that has also influenced me in my compositions. Living in “Emilia Romagna” Where there is the longest Italian river that is “Po” and a historical Roman street “Via Emilia”: I imagined being in a small version of the South of the United States. My imagination led me to see the “Via Emilia” as the “Route 66” and the “Po” as the “Mississippi”. Along these routes of communication in America and in Italy, there are artistic and cultural realities that confirm this image of mine. England is my greatest artistic influence on a musical level. I’m a fan of the Britpop from the “Beatles” going through all the following decades up to recent bands like “Arctic Monkeys” and “Kasabian”. Thanks also to some of my family origins. Last but not least Italy. In fact, my life experiences, my heart, and my cultural education took place in Italy. These 3 elements mixed together have determined strongly my artistic composition.

4. Talk about your video “Dark Sunglasses. What is the concept behind the video and where did you shoot the video?

The video was filmed in Los Angeles and Directed by Iliona Blanc and it tells the story of someone who already has everything in Life but who lives in a state of anxiety due to his need to express something different. The video wants to communicate this apparent material stability emphasizing the strong inner contrasts. When I wrote “Dark Sunglasses,” I thought of a song with metaphors representing the difficulties that guys have in their choices in front of their life changes. The “Dark Sunglasses” described in this song are a metaphor. They are like a filter to put on your eyes every time we do not want to see the truth.

5. What do you feel “Dark Sunglasses” will bring different to the music industry that may not already be there?

I don’t know if “Dark Sunglasses” will bring any difference to the music industry. I am certain, however, of one thing that music and art, in general, are born with the aim of getting rid of any kind of borders. My intent is to transmit sensations, emotions without cultural or social barriers. In this decadent world where you can feel, see and hear a cultural and intellectual decline, I want to do my small part to give some hope to the kid that’s still in me. I want to create, through my art, my music, my words and my actions, a small chance to live on a planet that is in peace, love, freedom, brotherhood, and friendship. Without barriers or boundaries, without any kind of hatred.

I don’t know much about life, especially now that I’m only at the beginning. But for the small period that I have been able to live my one, I understood that even if life is something unhappy sometimes, if you’re living immersed in art, if you’re helping others and those in need, if you’re doing something for the society around you, every now and then you’ll enjoy a few moments of joy and happiness. So I would like to see my self in the next 5 years from now playing a lot of Gigs around different places whilst my messages are delivered through my Art. Fighting to be always a better Man and Artist.