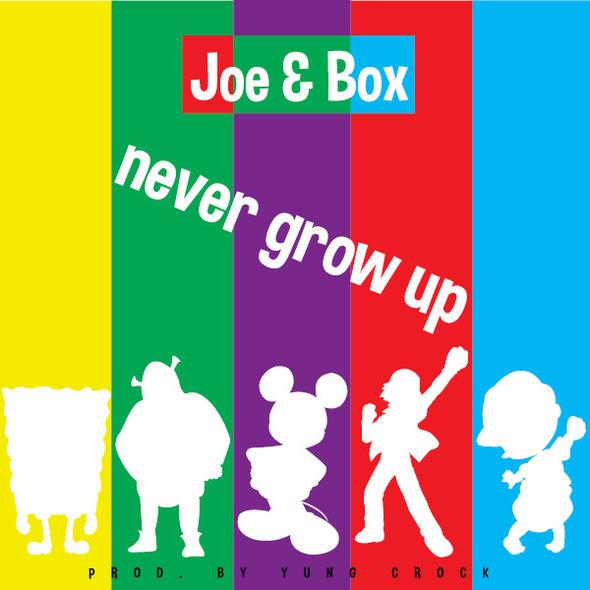 Joe & Box is a Hip Hop duo out of NJ; a pair of goofy best friends who lead the Swine movement and live by the phrase Fuck Being Ordinary. Some major influences include Outkast, Kid Cudi, Lupe Fiasco, and Eminem.

With technical lyrical skills, quality content, and the ability to craft great songs, Joe & Box simply want to give the world something real.

Their debut album Never Grow Up is a journey into the minds of two 90’s kids. Throughout the album they battle with the fact that the world is telling them to grow up.

Some of the songs discuss the process of growing up, whether it be being forced to give up dreams or worry about money. Others focus on clinging to the childish things such as our imaginations and party lifestyle.

Ultimately, we decide to Never Grow Up. We believe that we can keep our dreams, imagination, and free-spirit, while existing as the adults we have grown to be.