Jeyaia is a voice for vulnerable hearts with her latest single, No Love. 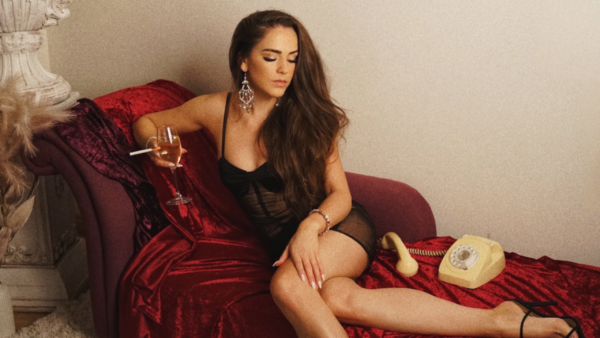 Following the success of her debut single Rising, Sydney-based soul singer-songwriter Jeyaia is back with her second single No Love – a nostalgic journey back to soulful 90’s R&B and all the sensual feel of the golden age.

Intense, desirous, and emotional, No Love describes a deep attraction between two souls who act as a mirror for each other, exposing one another’s most hidden subconscious wounds. A brave couple who are destined to trigger profound life lessons through the emotional turmoil of the relationship. Jeyaia is vulnerable, raw, and aims to speak to a truth that many can resonate with.

“No Love shines a spotlight on connections that are built on the mutual absence of love. It’s that feeling that many can resonate with; the sensation of disconnection and feeling unloved, even when lying in someone’s arms and being as close as two humans can possibly be.” – says Jeyaia

“I believe that love is a word we use to describe a feeling of personal connection. Connection to ourselves, to the universe, to the truth of all we are. This is an inside job. When we place our lovability in the hands of another and require them to love us enough to make up for the lack of love we feel for ourselves, we will never be satisfied. Only when we love ourselves, can we see this love reflected back to us by others.”

No Love was written in 2019 by Jeyaia, inspired by personal experience and the realizations which followed and evolved with the song. The track was created with live instruments and production by Sydney-based singer/songwriter, multi-instrumentalist, and producer Chelsea Warner.

“I sent Chelsea the demo a couple of years back and I knew she was the perfect producer to bring it to life. We bonded over our mutual love of 90’s R&B and a couple of years later, we came together in the studio where Chelsea added her beautiful musical prowess and energy to the song, and we gave it a powerful voice.” – says Jeyaia.

‘I am so deeply honored to be able to share my experiences and life lessons through my music and inspire others to take empowerment for their life’s journey and happiness. I read a quote recently that described women like volcanoes, saying that when we share our experiences we create new Earth. This is how I feel about the power of music as an avenue to express our truth. Music heals us.’ – says Jeyaia.

“No Love celebrates and commemorates a previous version of myself, for everything she went through, and her commitment to love. I’m grateful to be able to share this with the world, to speak the truth that others may not feel strong enough to speak.’ – Jeyaia

No Love is now available on all streaming platforms, with a music video set to premiere shortly after.