Home Session Jayy Queezy Next To Blow Up Out Of Chicago
Session
February 7, 2017 VintageMediaGroup 0

Jayy Queezy Next To Blow Up Out Of Chicago 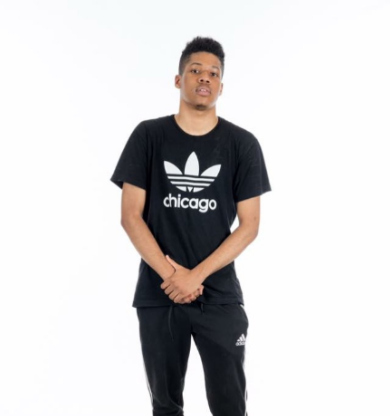 Born in 1996 on the Southside of Chicago, Jaquez R. Hailey “Jayy Queezy” is hip hop rap artist that brings an honest and genuine sound to the music industry. He started by working with good friends and members of Arrogant Fame Productions, Travie, Kurtiss Berry and Chief Marco, they went to record at local engineer D. P. Thurty’s studio, he then encouraged them to take their music more seriously because of their unique sound. Jayy Queezy says this about his sound, “The music is my life story, how I feel about my life now and how I would like my life to be. What I been through already and what I would like to go through in the future. That is why my expressions can’t be judged unless you know the background behind them.”

In June 2015 Jayy Queezy kicked off his career when he released his first video and song “I’m Just Livin Life the Remix” featuring Donny Konz. Touch of Daz quote “Chicago rappers, Jayy Queezy and Donny Konz, pair up for Jayy’s remix to I’m Just Livin Life, this is a song that you can turn up to wherever you are, whether you are in the club, a house party, the car or house, you won’t stop repeating the catchy chorus after hearing it. View the video for “I’m Just Livin Life” below.” http://touchofdaz.com/2015/06/25/im-just-livin-life-remix-x-jayy-queezy-ft-donny-konz/.