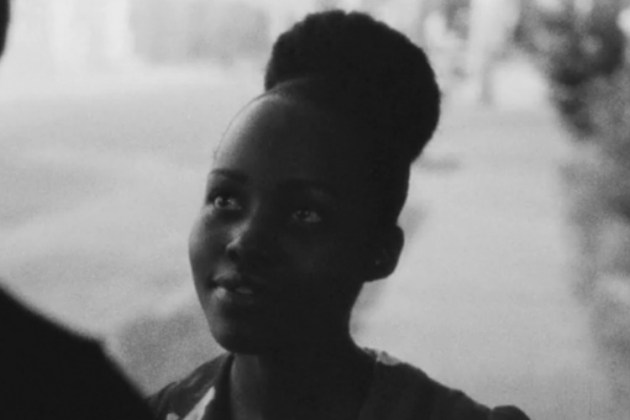 JAY-Z rolls out another visual off his 4:44 album, this time giving up the video for the bonus cut, “MaNyfaCedGod” featuring James Blake.

This visual, starring Academy Award-winning actress,  Lupita Nyong’o, was first teased before the album even dropped as part of a trailer for the project.

Hov gives Nyong’o full reign over the black-and-white visual, as she showcases her acting chops in the surreal clip that deals with love, while Jigga’s lyrics play as the soundtrack.

“On the run, we took a hundred together/More than the money, it was the fact that we done it together/Uh, healing in real time/’Song Cry’ to ‘Resentment,’ that was real crying/Bonnie and Clyde things, we hold it down/Had we surrendered then, that’d be the real crime/Got through it, got blessed times two with it/New Bel-Air estates with four pools in it,” Jay spits over a sample of Sylvia Robinson’s “Pillow Talk.”

There are still six songs left that haven’t gotten videos, including “Marcy Me,” “Family Feud,” “Legacy” and more. If history is the indicator, we should be getting those in the coming weeks.