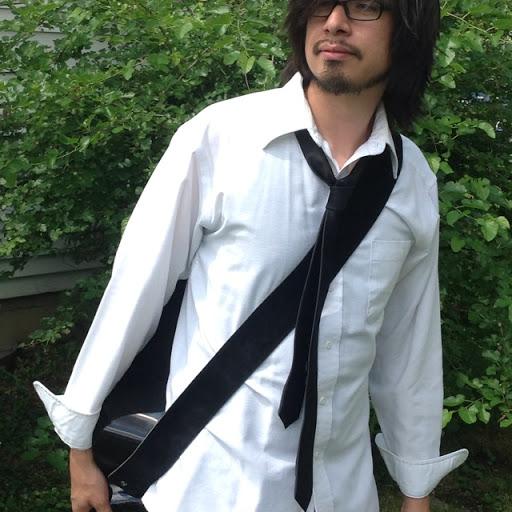 Jacob aka Jamokko is apart of  a lot of music on the Texas-Mexico border: Tejano, Rancheritas, Southern Rap, Dance Hall Reggae, Reggaeton, and even top-40 pop. What’s an artist from this kind of background supposed to sound like? Daddy Yankee meets Oasis meets Jose A. Jimenez? Jimmy Cliff meets Lil Jon meets Prince? Or. . .something completely different? That’s been his goal, anyway: to create something different. His background on the border propels him, but he is always searching. Searching for a new audience, a new scene, a new community that can add to what he grew up listening to. Today it’s Columbus. Tomorrow? Who knows?

MsBoss2U: Your welcome…How did you come up with the stage name “Jamokko” does it mean anything?

Jamokko: My name…you know its a long story. It’s actually a nickname from my cousin, in Spanish you would pronounce my name “Jacobo” but I had a little cousin and he never pronounce the “J ” and he use to call me ” Jamokko”. So he use to call me “Jamokko” all the time and people that were around start to pick it up and it stuck with me and I started to associate the letters with things that were happening in my life and thats where I came up with that song ” Jamokko Man” which is a introduction of myself to the world. A insight to who I am and how I go about doing my business, but that can be anybody anybody can be a Jamokko man.

MsBoss2U: Right….that is a very deep song and very soulful I really enjoyed it. When did you discover your love for music and your talent for playing and writing music?

Jamokko: Well my parents use to actually have a band they use to be called Paul and the Night Owls and in El Paso where Im from Im from El Paso, Tx by the way, I was born in New Mexico but I was raised in El Paso, Tx. And they use to travel a lot and open up for big bands that use to come to Texas like Steppenwolf, The Who,etc. so I was always around music, but I do have stage fright, so I have to really push myself to get on stage until I was confident enough in what I was singing and saying till it didn’t matter because people needed to hear what I needed to say cause Im sure that there are people out there fearing similar things. So if they think that I’ve gone through the same things that they’ve gone through and Im alright then they can be alright too.

MsBoss2U: Well when I seen you perform I didn’t sense any stage fright so if you have it you hide it very well…lol

MsBoss2U:  What separates you from other artist Jamokko? What is it that you know about yourself as an artist that makes you different?

Jamokko: That Im not doing this for the success. Im not doing this for money. Cause really I can stay home and do nothing. I started doing this because i feel like…..say I was to die in the next few weeks or months I want to make sure that I was able to do what I wanted to do with my life. I wanna know what its like to go and meet people and see people and sing. Its a whole new scene for me. So what separates me is Im doing it cause I like people. I like meeting new people I like making people feel good with my music. The other night I played my music for a group and there was a few girls and like one or two guys in the crowd, but when I was finished playing there was a girl that came up to me in tears and hugged me and said ” I really needed to hear that right now”. And that made me feel good, that made me feel like Im doing what Im suppose to be doing. And I think thats what separates me, I see most people that get on stage and they like to be the center of attention but I don’t care whether Im the center of attention or not I just want to talk to you and get to know you. The crowd, individually, everybody at once….I wanna make sure that everyone who’s around me has a good time no matter what.

MsBoss2U:  I can understand that and feel the same. I write for Vintage and also do some other things too, but its a passion and without that passion there is no success in this business because this business is so cut throat that you have to have a love for what your doing.

Jamokko: Yeah I know exactly what you mean. For as long as I been doing this I’ve seen some of the influences some of these people have and it’s like I don’t wanna mention any names but there are some artist out there that  will use you to their own advantage and they’ll come up to you and say whatever they need to say to get some stuff from you and it’s hard and sometimes can be discouraging if you let it be discouraging. When most  people take stuff from you that doesn’t make you feel good.

MsBoss2U: Yeah your right…your absolutely right. What are some accomplishments your hoping to achieve outside of your music touching lives and having an effect on people, what else do you hope transpires from your music?

Jamokko: I want it to live forever really. I mean think about it, you know who the Beatles are even though some of them are dead and who Elvis is he’s dead,but his music is still going. I want that too, not because I want to be successful and well known, but what I really would want it for is for my son. I have a little boy thats two years old and I want to leave something behind for him to listen to and I want to make sure that it’s Instructive and sincere so that he can know that whatever his mom tells him that it’s back up with whatever I’ve done in my own life. This is how I see it I know not too many people know who I am, but in my mind and the way I feel I’ve already made it. I mention before that I had stage fright and thats one of the biggest things that made me feel good about myself that I was able to over come that and get on stage and perform for people. To me being able to do that without blacking out, feeling like I can’t do it or running away or walking away. I accomplish what I set out to do.  Cause c’mon lets be honest if you met me as a friend I would play the guitar for you…yeah thats awesome, but for someone that standing there and everybody coming up to you. I was like man if i can get to that one point, and if you listen to some of my lyrics its like that you know. To get up on that stage and bleed whatever I have to bleed out for people to take it in as far as the music goes yeah I think I’ve succeeded all ready because Im able to convey my messages. And what I want to accomplish also is really just to live life thats all.  I wanna live life to the fullest regardless of what it is. If somebody comes to me and is like “Hey, you wanna try this?” and Im Like “yeah!” unless its going to kill me then, naw I don’t think I wanna do it cause that defeats the whole point on trying to live life.