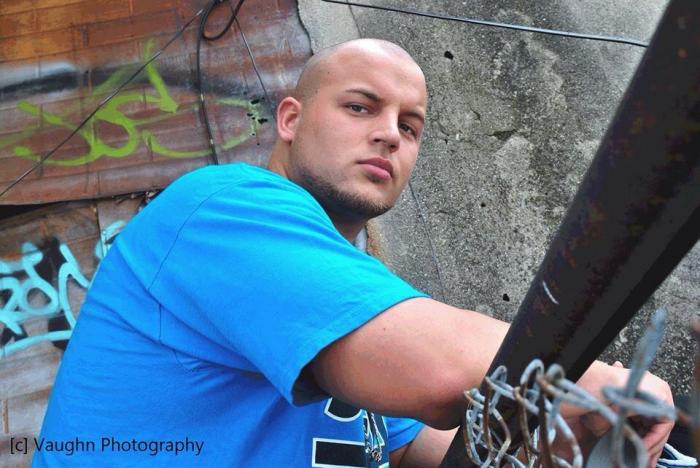 J-NiBB, a music artist from Piqua,Ohio which is a little town just about 20min North of Dayton, Ohio has a love for music and everything about it. He says “The feeling you get when you make another sweet song that you and all your fans love and enjoy is indescribable. Getting a new beat and challenging yourself to do a new flow and nail it to where you leave people breathless and wired up when they hear it, is always amazing!” J-Nibb has his own studio where he records, mixes and masters all his own music, with the help of fellow producers James Jordan, D.j Goofy, Phatboy Genius and Yung Flyy in which he says has some of the HOTTEST beats around.

He became interested with music at a young age, because he was always heard rap music likeBone Thugs N Harmony, 2pac,Twista and Biggie coming from his older brother’s room.So, rap music is nothing new to him, he was inspired by the best. J-Nibb is striving to avoid stereotypes and dropping new hits all the time. Being from a small town isn’t stopping him.

Let’s vibe with J-Nibb and get to know him a little better….

A.Marie: There’s alot of bias towards white guys who rap, does that worry you any?

J.Nibb: “No, not at all! Everywhere I go I’m the underdog and have been since I started. When I walk into clubs people always think I’m a producer or just another face in the crowd and they always give me a puzzled look when they find out I’m performing as an artist, but once I get on stage and have the mic in my hand I show them why I’m there and I always leave the crowd surprised and overly satisfied!….I Love it!”

A. Marie: Is there anyone you would say your music sounds similar to?

J.Nibb: “Personally I think I have my own style and sound, but every now and then most people tell me I sound like Twista, Ludacris, Bone Thugs N Harmony or Machine Gun Kelly, witch i love all the compliments because Ludacris is my favorite artist of all time right there with Twista and now MGK, I’d love to work with all of them someday especially MGK for how real he is, there’s not too many artist that keep it real nowadays because their all too worried about fitting in with a certain stereotype or crowd and forget who they are and where they came from! My fans tell me all the time that’s a big reason why they love my music so much because I don’t give a DAMN what people think, Ima do me regardless!”

A.Marie: What is your inspiration?

J-Nibb: “My inspiration…I would have to say most definitely my fans, to them always telling me that a certain song helped them with something they were struggling with in their life or just that they absolutely love the new song and bang is hardcore 24/7. Any artist who doesn’t mention their fans would be a fool because honestly without them NO artist would be anywhere with their career, they are what drive you to keep making dope songs and inspire you the whole time along the way!!”

A.Marie: Do you have any current mixtapes out, if so what is the title and when will it be released?

J-Nibb: “Yes, I have my 1st solo mixtape out titled “The Warm-Up” that everyone can download for free at www.jnibb.com. I also have my new cd coming out this July, 2012 titled “Sleepless Nights & Early Mornings”™ witch will be promoted by Universal Records and of course me and all my fans, and I’m in the works of getting it hosted by Dj E-V!”

A.Marie: Is any of your music geared toward the ladies?

J- Nibb: “Yeah, I have a couple songs for them on “The Warm-Up” the 1 that was really popular and always stood out was “Break You Down” a lot of ladies have hit me up and told me it was their new sex song and a lot of other sexual things about it 😉 lol!”

A.Marie: Will you be shooting any music videos anytime soon, if so for what song?

J-Nibb: “Yeah, I’m working on getting 3 music video’s shot for 3 of my singles off the new cd “Sleepless Nights & Early Mornings”™ titled “Hit The Club” “Too Real” and “Wired Up”.

A.Marie: What made you decide to try and get nominated for the Ohio Hip Hop Awards?

J.Nibb: “I’ve always heard that it can really help jump start your career or push you THAT much more by either winning or just participating, so I figured why not give it a shot and see what happens.

J.Nibb: “Yes, I will be heading down to Madison, Alabama June 30th for a show, then July 6th in Cleveland, Ohio for a show I got invited to be in by my new friend Ms.Cream and then I will be doing a show with Dizzy Wright from Funk Volume in Columbus, Ohio August 4th!”

A.Marie: What do you hope people learn about J-NiBB from your music?

J.Nibb: “I want them to learn that I’m a very humble person, I represent the average! And what I mean by the average is I was never the person even in high school to act something I’m not and try to fit in with THAT certain group of people, I was always cool with everyone, I think I had an average life like every other teen in the world nowadays, parents got divorced at a young age, crazy household of arguments and drama, and just a lot more shit that kids shouldn’t have to go through, and as a kid you look for a way out to express yourself, and I found music, I can free myself in every song with every line and get out what I want to say or what I’m feeling without crying about it and trying to get attention from someone like some people do these day’s.”

A.Marie: Are there any local artists you would like to collab with?

J.Nibb: “Umm, the only one’s who I can think of right now would be Meechie Nelson or Cameron Grey, not saying that I’m better then them or their better then me, I would just like to collab with them because I enjoy their style of music!”

A.Marie: Any rumors you want to set straight?

J.Nibb: “As of right now I cant think of any! But people are going to talk throughout my whole career and life period, I’m sure there’s rumors going around that I haven’t even heard about yet, but that’s just how it is, when your doing something to better yourself or the people around you other people get jealous, either because they want in your shoes or because their not doing a damn thing to better them selves, but like 50Cent and others before him have said ‘If They Hate Then Let Em Hate And Watch The Money Pile Up’!”

A.Marie: When you see the name Vintage Media Group, what comes to mind?