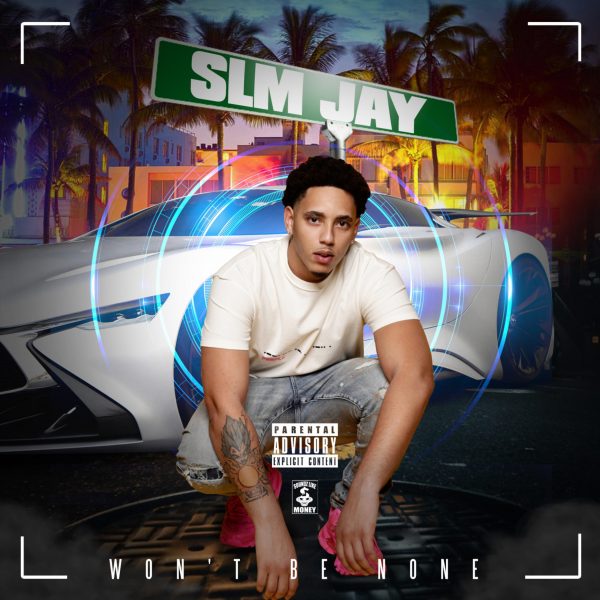 It’s no debate that Florida has been a major hub for rising hip hop and rap talents for a good minute now. Broward County’s own SLM JAY, whose full moniker is Soundz Like Money Jay is on his way to becoming the next big thing, a household name from the State. With the release of his buzzing new single titled Won’t Be None, it’s clear that he is determined to be around in the game for a long time to come. SLM Jay serves listeners a song that is sonically lit and energetic, with well orchestrated lyrics carried by a beat that is vigorously catchy (produced by SLM Wayal).

The single has been picking up lots of steam since its initial release on December 16th, the visual receiving over 10k views on youtube in just one week and there is no sign of it stopping. Many of the top tastemakers and influential Djs in Florida have been pushing the single at the top night clubs and strip clubs in the state. Won’t Be None is a song packed with all the elements of a hit record, perfectly fitting to turn up a party and move a crowd.

The song is available on all digital platforms for streaming and downloads, there is no doubt SLM Jay will only gain new supporters with every person who listens to his music. With a team and label proudly called Soundz Like Money Entertainment, SLM Jay is in his very own lane and has a clear path ahead to establish a solid and successful career as a major artist. The future is looking very promising for the 21 yr old Florida powerhouse, guaranteed to win the hearts of music lovers all over. Be sure to listen to Won’t Be None on any platform of your choice, watch the visual on Youtube, and follow him on social media.