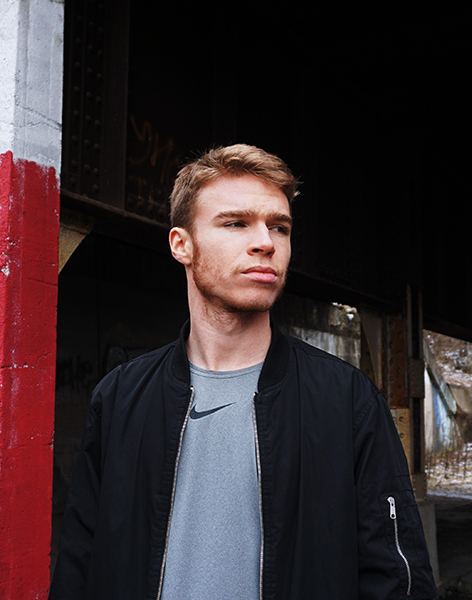 Jett Jones is a 23-year-old Hip-Hop/Pop artist based out of Indianapolis, IN. He has a following of 40k+ on Instagram and over 1 Million streams of his music across all platforms. His single “Hit the Road” is his most popular song with over 500k streams and 115k views on YouTube. The song is about leaving a toxic relationship in order to chase one’s dreams. Jett releases new music every month and is heavily engaged with his fanbase through social media. His music is well received internationally with a large amount of his following coming from Europe and South America. Having been raised overseas in Europe, it really comes as no surprise that Jett Jones is able to connect so well with a very diverse fanbase with representation from so many different countries. Jett looks forward to performing for these fans as soon as everything has returned to normal. He’s performed with the likes of Lil Mosey and other notable rappers in the last year.

Had A Moment To Link With Jett To Check Out His Newest Single “Hit The Road”.

I honestly just love to create music to the point where I can’t go more than a few days without writing or producing something. Finding new sounds and ways to express what I’m feeling never gets stale!

One of the top sources to find new music and stay in the loop with what’s going on in the industry!

3) Being that you are from Indianapolis, IN what is the state of Hip-Hop there? How would you title your style of music?

The hip-hop community in Indianapolis is vibrant and definitely could use some more national exposure. I feel like a lot of talented people think they need to get out of Indiana to find success somewhere like LA or NYC, but that’s really not the case. I’m good where I’m at now, and I hope that I can help turn the spotlight over here so other Indy artists can get some recognition. As far as my style, I would say I fall in the melodic trap genre, but my discography ranges from rap to pop.

4) With your most recent music video “Hit The Road” is Crazy NICE, I Really Like It… Can you give us some details on how you came up with that song?

Yeah, that song really comes 100% from the heart and is about a relationship I was in where I felt like I was being held back and not allowed to chase my dreams. “Hit the Road” is really about valuing yourself and knowing when you have to move on in order to grow individually. I’ve been making music since I was 16, but I started taking my craft so much more seriously because of that relationship. In a way, I really thank her for being the catalyst to my music career.

I’m super active and engaged with my fans on Instagram @jettjonesmusic and that would be the best place for fans to get in touch. I try to answer as many DMs as possible!

I actually got into producing in high school because of the Chicago scene around 2012 and the drill beats that were being made at the time. Young Chop was my favorite producer and one of the first people to really inspire me on the production side of things. As far as being an artist, one of my earliest influences was Kid Ink. Not only from a musical standpoint but because he seemed like a real laid-back family-oriented type of guy which is how I would describe myself as well.

I really want to thank all my fans for supporting me! I have a lot of fans overseas so I would love to do some shows internationally as soon as I can. Nothing would be possible without my fans so I owe them a debt of gratitude!